Kirby dons a cowboy hat and wields a whip

Whip is a Copy Ability introduced in Kirby's Return to Dream Land.

Whip's attacks are fast and have moderate range, but below average power. Using the whip, Kirby can grab enemies and items, and hit switches; all attacks go through walls and can grab or attack whatever lies beyond them. There is also a Whip Challenge that can be accessed after collecting 25 Energy Spheres in Kirby's Return to Dream Land. 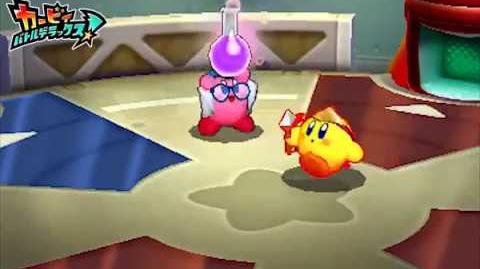 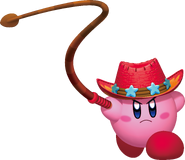 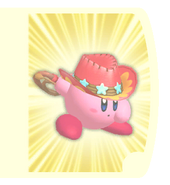 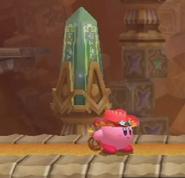 Retrieved from "https://kirby.fandom.com/wiki/Whip?oldid=327025"
Community content is available under CC-BY-SA unless otherwise noted.