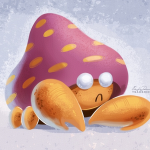 As per usual, the ground rules:

Hey. While you're still on, I'd like to notify you of something. We've been discussing ideas for the 10th anniversary of this wiki here. Feel free to join in the discussion; we'd appreciate your input. Iqskirby

You could've made my Kracko edit less "subjective", instead of COLPLETELY undoing it. Imagine if you made the entire Dedede article, and I undid it whole because you spelled "Waddle Dee" wrong once. JonasEVB (talk) 15:06, February 17, 2017 (UTC)JonasEVB

There wasn't any feasible way to make your edit less subjective, to be honest. It is entirely your own opinion that Kracko is more difficult in Knightmare, but it is not fact. For example, I actually fare pretty easily against Kracko as Meta Knight, and was totally unaware people even have difficulty against it. And please, don't compare the one sentence you wrote to an entire article. Meta Kirby52

Not This Time. 16:10, February 17, 2017 (UTC)
Hi-Jump cannot be used in meta knightmare, which literaly means meta knight is being chased by a boss that moves faster than him, Kracko 2nd part is at an height that mmakes it harder to hit a boss that is always moving, plus I actually played Meta Knightmare so there would be no way for  you to know how hard it ACTUALLY is.JonasEVB (talk) 16:43, February 17, 2017 (UTC)JonasEVB

How did you glean "I've never played Meta Knightmare before, and don't know how hard Kracko is" from "I actually fare pretty easily against Kracko as Meta Knight, and was totally unaware people even have difficulty against it"? That speaks volumes about your reading comprehension, to be honest. Having also played Meta Knightmare myself, I, too, can say that your edit is not fact.--

If you seriously need more proof than that, I can record myself fighting Kracko in Meta Knightmare.--

Flawless? Not by any stretch, but it's something.--

I contacted Changtau about this already, but he hasn't responded. I'm trying to change the wiki logo, but it won't let me, even when I use the Theme Designer. If possible, could you please help me out? NerdyBoutKirby

Would you mind making the PortalLogo templates for the two latest games? I have little experience in the field of template creation. NerdyBoutKirby

Of course not; I'll get right on it. Sorry for the late response.--

Is there a way to sub to all pages on wiki at once?

Howdy, Starman. If you find the time, would you please create LevelSequence stuff for the TKCD level infoboxes? Inspecting those levels in source mode reveals that I did insert the level sequences, but I made them invisible while their database stuff does not currently exist. NerdyBoutKirby

And, if possible, could you do the same for my upcoming KTnT levels? They will each have the name "Level _ (Kirby Tilt 'n' Tumble)," from 1 to 8. NerdyBoutKirby

There should be an "Upload an avatar" button above those six preexisting options. If you've made it this far, and there's no button, I don't have a solution. Iqskirby (talk) 06:23, October 14, 2019 (UTC)

Retrieved from "https://kirby.fandom.com/wiki/User_talk:Starry-Eyed_Wonder?oldid=325305"
Community content is available under CC-BY-SA unless otherwise noted.