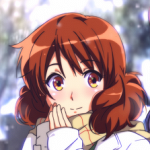 "History of the Kirby Wiki for me [you]"

First and foremost, you need to archive your talk page. The section titles are ridiculously long and it contains nearly 44,000 bytes. Secondly, that section of your userpage is comprised mostly of bias and falsehoods. No one ever told you that you were useless, but you insist that the reason Gamefreak and I asked you to stop making blogs irrelevant to the Kirby Wiki was because we believe so, which is either, on your part, a cry for attention, or just being a nuisance. A good percentage of your contributions are blog comments and malevolently telling other users to cease their actions (usually, you only repeat what another administrator has told them; this constitutes both trolling and asshattery). A little constructive criticism: This is something you should work on.
I won't force you to edit your page to fix its erroneousness, but I will ask that you improve your behavior and that you look more closely into the complexity of situations before hastily making assumptions driven by your emotional problems. BNK [E|T|C] 22:56, July 4, 2010 (UTC)

I've archived my talk page and since there is a certain project I have never touched for a few years, I'm going back to it. ~ Timson622222 -- APPROVED! Twice.

Can you put all your messages on my talk page? Tabuu309

That is pretty cool. Why are fights banned? Tabuu309

Do you think Bukiset is a powerful regular enemy? Tabuu309

What do you mean by flame? Tabuu309

I am can be a nice guy I will not offend you or harass you! Do you think I am a mean person? Tabuu309

I am Kirby! I never knew there was a wiki about me!

Do you watch the simpsons? Tabuu309

How was it funny? Type in Hank hill and a failed boxing practice turn up the volume and prepare to laugth Tabuu309

Type in hank hill and a failed boxing practice! Turn up volume and prepare to laugth! Tabuu309

Do not worry it has a simpsons twist in it! Watch it when your not busy

I did not know about it then Tabuu309

I was at Alameda County in May, didn't pass by Castro Valley though. We were in the Fremont area, I learned where Castro Valley is today. I'm just stuck between Mt. Shasta and Mt. Lassen.User:Pie145/Sig

You are quite lucky to live in the Bay Area because you are so close to famous landmarks...the only landmark we have is the Sundial Bridge. User:Pie145/Sig

Hmm. I thought you retired. What inspired you to come back? Especially since the wiki is now very strict on the rules. More then in February. ~ Timson622222 -- APPROVED! Twice.

Meh...I saw my edit count and saw how 56% of my edits were blog-related, so, I decided just to edit the mainspace a bit. User:Pie145/Sig

Mmhmm. When I look back, it was blog related and talk-page related. Say, do you have a Windows Live or Windows Messenger account? ~ Timson622222 -- APPROVED! Twice.

No. All I have is just my Gmail account. Nothing special. User:Pie145/Sig

My parents are those people who don't like me chatting with people I do not know (or have met in real life). I don't think my parents will let me...are you on Windows Hotmail? User:Pie145/Sig

If you go on the Windows Messenger homepage, on the table with all the Windows applications, Windows Hotmail is on the table. It's basically an email. It's that or join Runescape. I'm on at that place A LOT. User:Pie145/Sig

I read the most recent edit way before you told me to. I hang out by the recent changes a lot. ~ Timson622222 -- APPROVED! Twice.

Hi Timson, I just learned to revamp Pokemon. Can ya teach me how to make siggys? Also, how did you make this page linked to your own user page? WinXkaila 08:49, July 22, 2010 (UTC)

Please don't ignore this message, it's like I've been talking to walls lately...

I understand you're requesting adminship for a third time. I am inclined to support, but you must state reasons you deserve adminship other than edit count; your constructiveness is greatly appreciated, but alas, edits mostly do not apply to legibility for applying for adminship. BNK [E|T|C] 00:27, July 31, 2010 (UTC)

Hey, congratulations on your promotion to adminship, Umb. I knew you would reach this status one day. :) If you need help with the new tools, drop me or the other admins a line. --Game

Thank you so Much!

Thank you so much for uploading the Ice Kirby sprites! I was so annoyed that no one would do that until now.

Yeah, that was the best quote I could find. In truth, I think they just need to change some of the features and add some other ones in.

Im here,now what do i have to do next??

I want to talk on the IRC

I'm curious as to why you protected your user page. Abusing your admin powers much?--MegaTron1XD

If you do give me a warning,i will leave kirby wiki.

What's up dude? Been working hard? I'm workin hard, too! In fact, I'm making an RPG? Wanna be the first to try it when I'm done?

hi im a new user to this wiki can you help me out? Dr.Eggman rox 2

i need help i don't now how to make a userbox can you tell me how? Dr.Eggman rox 2

how do i do a userbox? Dr.Eggman rox 2

You can use smash against Dark Mind just get rid of your ability and get the sword, then drop the sword and eat the ability star.--Deyna Taggerung

The Kirby of the Stars Tournament

i now i haven't been here for a while but will you join my wiki http://Rad.wikia.com

Reference and reply to: [1]

Hi. I understand you wish for a set of CSS mods like the one in place here at User Battles wiki. Thing is, this takes hundreds of man-hours to design, debug, and test from scratch. Then there's the issue of having to change certain things because they might have impinged on Wikia's terms of use.

While I have to politely decline making the skin for User Battles, I can tell you the tools you need to make it yourself. I didn't know anything about CSS but I just read up on it and that's all that's needed to make the skin work. It just takes hella a lot of time. You might want to have a look at the test site which I did the groundwork of the skin on [2]. The current background in use on Kirby Wiki is version 21.

hi, i read your "kirby's magic machine" thingy and it's really cool! i have some suggestions for another part of it that uses characters from the anime.

Sirica's Return: Kirby, Meta Knight, Sword, Blade, and Knuckle Joe are having a party. Sirica is supposed to be there too, but she's late. Suddenly, a bunch of monsters (Masher 2.0, WolfWrath, Crowmon, Heavy Lobster, and Kirisakin, each capturing the character whos name is in the same order as theirs in the above order) come out and capture all of them! They try to find Sirica too, but like i said, she's late. A while after they leave, Sirica arrives and wonders where everyone is. Tiff and Tuff, who were watching from the castle, tell her what happened. she then goes off to rescue everyone in this order: Blade, Sword, Knuckle Joe, Meta Knight, and Kirby. When you rescue someone, then they are playable. at the end of every level, you will find one of the monsters you saw at the start. after you defeat it, then you go on a few steps and find someone.

Grrr... im starting to feel like no one ever hears me on this wiki anymore! -puff

If you get Kirby's Return To Dreamland, will you make a tier list, please?

I enjoyed looking at your KSSU ability matchup for Hammer. It was pretty interesting to see your thoughts on that subject. You don't need to respond to this- just saying it was fun to read. Paul2

Hi Please finish the Knuckle joe father thing..  I have no time to finish editing it because I put JECRA as the title, his real name. Please finish or ask someone else to finish it. - LoveKirby

If I recall correctly, you're the one recording these numbers from Security Force. Just curious, why have you decided to make them separate tables? And while we're at it, Mirror Cut now does 15 damage instead of 22, but at least it can be used rapidly instead of having to wait as to not trigger the reflect force. Iqskirby

It's to make the tables more readable after the two-column description change. I felt like the moveset table didn't always make clear what information pertained to which game because it was all just in one huge box, and putting game icons and making line breaks does help, but it stretches the one column for descriptions too much. To remedy that, I separated the description of each attack into two columns: one for objective information, and one for notes about when it debuted (if it wasn't around the first time it was in a game) or how the moves' properties differ between games. With the Wikia theme, that change kind of squished the table, so I decided to split off the damage values to save room. Aside from that, with Planet Robobot out, we would have 3 columns for damage for some abilities, which again, could pose a readability problem. ----Timson622222 01:36, July 3, 2016 (UTC)

Hi, thank you for the waqrm welcome 2 months ago! I appreciate it. :)

Hey there Star Solister! At this thread, we've been planning what to do next year for Kirby Wiki's 10th anniversary. One of the things we're doing is making a playlist of Kirby songs to play on the main page; if you could contribute one or two tracks, that would be greatly appreciated. Thanks! Paul2

Retrieved from "https://kirby.fandom.com/wiki/User_talk:Star_Solister?oldid=242299"
Community content is available under CC-BY-SA unless otherwise noted.