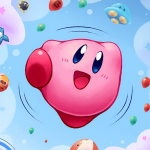 List 10 good reasons why we should keep it. We've already got Dark Meta Knight, and a really good description of the battle that ensues in Radish Ruins would make ? ? ? pointless. Not mad at you, but what's really the point? NerdyBoutKirby

Aw, I give up. You win. (Changtau2005, an administrator with page-deleting powers, will come back to Kirby Wiki in a few days and I'm sure she'll take my side.) NerdyBoutKirby

The artwork you posted looks pretty real, but I'm wondering: Did you draw that yourself? Or is it real, official artwork? NerdyBoutKirby

P.S. If you DID draw that, I'd like to complement you. Would you take a request for a picture I need drawn?

If you make a mistake try to fix it yourself or go to an admin about it. I'm just a normal user, and my talk page is full to bursting right now. Just saying this for the future. NerdyBoutKirby

You should have a look at this. Kirby_Wiki:Editor's_Manual#New_Articles. More articles does not equal a better wiki. Create the article only if you have enough to say about it or think enough information exists for it to stand on its own without having to refer to another article altogether. If there's not enough info, it is probably strongly related to another article which the information should be inside.

And next time, please don't change the page architecture i.e. move pages about without first nominating the move / delete / merge / etc. because it makes a huge mess for administrators and patrollers to clean up.

This page should remain a redirect. It refers to the same character as Dark Meta Knight. Gamefreak already said why the split should not be made, and you should not be repeating the same actions. I'm undoing the split the second time - if you still have issues with it, put it on the talk page of Dark Meta Knight.
Changtau2005 ~ ~ ~ ~ ~ Ribbon agrees!
19:30, September 23, 2011 (UTC)

Yo. Please don't create articles that you don't have anything to say about. See the section about creating new articles in Kirby Wiki:Editor's Manual. Also, we don't need an article as arbitrary as "replaced enemies" because it doesn't show which are replaced by what and is therefore meaningless, so I'm reverting that categorization.
Changtau2005 ~ ~ ~ ~ ~ Ribbon agrees!
20:23, September 25, 2011 (UTC)

I've been a little hard on you, so let me make it up to you: You like making articles, right? Well, I need an article called "Red meteor" (they look like Blue Comets in Kirby's Epic Yarn, but red, and appear in Moon Base and Stellar Way). Could you make such an article? If you do, try hard. :] NerdyBoutKirby

I dunno. From now on, could you ask Changtau2005 about these things? I'm not an administrator, but he/she is. NerdyBoutKirby

Nobody said you could make the Parasol Waddle Dee article.

You've screwed up here many a time now, but this is just ridiculous. There won't be enemy categories for the Super Abilities. Only one enemy can give them. It doesn't matter if Magolor gives them; it doesn't count.--

Please provide the source of the Blink Bat artwork, or it will be deleted. Just saying it's "online" does not count.--

Stop adding info about SSB4. There's not enough info about it yet.--Starman125

Retrieved from "https://kirby.fandom.com/wiki/User_talk:Newraptor?oldid=135101"
Community content is available under CC-BY-SA unless otherwise noted.