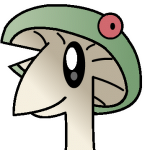 aka an internet alias

You're on thin ice, bub. NerdyBoutKirby

You've made a forum post for an RPG. The idea was interesting and all, but initially I wasn't very interested. This message isn't of intentions of inserting myself as a player here (although I might do that later, it depends), but more so to help out. I've made a couple of comments here and there, trying to enforce rules. I have intention to help you out with this, if that's okay. I'm not very busy, and it kinda bothers me to see I'm the only one online in the mornings. So I have time to monitor this and make enforcements. I enjoy monitoring things, even when it's not my job or anything. So, what do you say to this? Iqskirby (talk) 18:02, July 16, 2014 (UTC)

Good to know. Now, tell me, what exactly does DEF do for you? I realize it means defense, but is there reduced damage or something? I haven't seen much a point of it. Also, what do you do as the chance for a miss, and does it differ between a player and an enemy? Iqskirby (talk) 20:44, July 16, 2014 (UTC)

I currently have no use for DEF, except that it means it cannot attack. Reduced damage sounds like a good idea though. For the chance for a miss, I just flip a coin, roll a die, or 'cause I feel like it. An enemy is more likely to dodge an attack. -The Igneous Cabbge (talk) 20:48, July 16, 2014 (UTC)

Alright. Good to know that (at least most of the time) you use something that simulates chance instead of just your mind, which can either be unbalanced, or just biased. Iqskirby (talk) 20:51, July 16, 2014 (UTC)

I've noticed some people haven't really been doing anything on the RPG anymore. Some people are active still. I think that perhaps you should message the people who haven't been very active on it. If they aren't going to be doing anything on it for a while, you should put (offline) or (AFK) next to their name, if not just remove them altogether. Iqskirby

Retrieved from "https://kirby.fandom.com/wiki/User_talk:Itsleo20?oldid=186778"
Community content is available under CC-BY-SA unless otherwise noted.