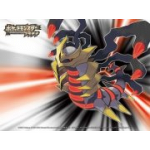 I'd happily make you a signature. Simply give me your ideas and I'll get to work. NerdyBoutKirby

Ok, Thanks! You're the greatest! :D How about, you know how in Super Star Ultra Spring Breeze Tutorial it says he's a jolly guy and Kirby frowns? Well, maybe you could make it say "What did You Say?" in bold and have a frowning Kirby sprite by it. GreenKirby213 (talk) 20:31, February 18, 2013 (UTC)

Here's your signature! To use it, copy and paste it from source mode into the signature part of your preferences. You can get there by moving your cursor to the upper right-hand side of screen. Remember to save your work.GreenKirby213

I am only saying this so I can paste again.

GreenKirby? Remember me on Roblox? :3

I believe there are some Sandbox pages if you look around on the toolbar. Either enter the Templates or other to find it. I've never used them myself.... Good luck! Meta Kirby52

Scratch that, enter the Helpful Pages if you enter the Toolbar. Sandbox should be on the top. Meta Kirby52

Yeah, you can. By the way I'm a Mexican, so my English is not perfect, or whatever. Thank you. Paper Kirby 2390.

Please do not threaten any users with blocks -- you can explain to the user about why it's a misconduct but please leave blocking and/or further action to the administrators. Changtau2005

Ok... But I really don't like to see more and more vandals, but I will do as requested, SIR! GreenKirby213

Retrieved from "https://kirby.fandom.com/wiki/User_talk:GreenKirby213?oldid=162564"
Community content is available under CC-BY-SA unless otherwise noted.