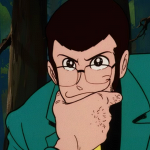 Out of mild curiosity, I was wondering if you could explain the story behind the Kirby model you uploaded. This one, to be specific. I know you stated you didn't get the models yourself, but I was wondering what/who led you to believe it was a model from KPR, and if they showed any proof that it was indeed from KPR. As it stands right now, the model you uploaded is purportedly a fan-made model. Thanks in advance, Meta Kirby52

Well, there was this person on twitter known as Otomo who was ripping models from Kirby: Planet Robobot, Kirby: Triple Deluxe, Blowout Blast, etc. Anyway, I believe they said this model was from Robobot. But I can't give any evidence now since they deactivated their twitter account. FireStavesCauseBlizzards (talk) 20:13, September 10, 2017 (UTC)

You posted some interesting concept art, recently. I was wondering if you might be able to share your source for these; if they truly are concept art, they're a valuable addition, however without a source it's harder to verify. Paul2

Hi! My name is Kaleb Douglass! nice to meet you, can we be friends?

Where did you get such a high-quality artwork of KMA grapes? NerdyBoutKirby

Where have you been getting the other KMA artworks, especially that footed Stactus? It's exceptionally high-quality. NerdyBoutKirby

The footed stactus? I got it from here: http://www.gamersglobal.de/screens/44808 I take you're interested in all of this because you love Mass Attack? Anyway, hope this helps.FireStavesCauseBlizzards (talk) 02:45, March 12, 2018 (UTC)

Speaking of grapes, I noticed you found some previously missing KatRC art. Where do you find all these high-quality artworks? NerdyBoutKirby

Hey! I was wondering what is the source of the KSA ability icons you uploading two days ago to see if we can find the missing ones for Cook, Staff, Plasma, and Festival, Thanks!  Kirbot

Hi, sorry for not replying sooner. I was busy playing Kirby Star Allies, plus I didn't really wanna get spoiled. Anyway, as embarrassing as it sounds, I actually forgot where I got those images, because I had those in my files for a while. Sorry for the inconvenience. FireStavesCauseBlizzards (talk) 13:43, March 20, 2018 (UTC)

No problem! If you remember just let me know! Kirbot

So Why Exactly Did You Remove My Image

So i added a fandom image (an image from Fantendo) which should be legit (cuz it is in another fandom), so why did yo delete it?

This is the image

It Died, it didn't appear.

I know I'm not the guy you're talking to, but he removed your image because it's the exact same picture as the one at the top of the page for the mid-boss' portrait, except it doesn't have a background. If you wish to upload an image, check the page first to see if it isn't there. Cuckoo Kirby fan (talk) 16:58, April 14, 2018 (UTC)Cuckoo Kirby fan

But it, wait what, then shoudn't The main picture be that, so that there is no background, also, that is one of the only images you will find of him cause he is a galboros, so for al you know they are different pictures, i did check, and that was my logic

is This one better

Heya FireStaves. When you're getting an image from someone who requests credit, giving them such in the Edit Summary is good and all... however, we've recently started putting credit in the image's description as well. You can reach that page by clicking on the link to the image and adding a description. We've written "Credit to Fruibmage on Twitter for the render xxxx", and the xxxx in this image is where the link to the particular post where he posts the render for the file description. This isn't like, a warning or anything, just a heads up on something new we've started. Thanks for reading. Meta Kirby52

Hey there FireStaves. Got a question for ya. Apparently, you uploaded this file, and the file name you gave it seems to indicate that it's from Kirby Star Allies. However, comparing this file to some of the Kirby's Dream Collection Special Edition's (examples here, and another here) artwork makes it obvious that the file bears more of a resemblance to the KDCol artwork than from Star Allies. Examples of Star Allies artwork are here and here. Out of curiosity, where did you get this file? Meta Kirby52

Tedhaun artwork that is not blue.

Similar to what I said to Nerdy a while back, I found it on a French website promoting Squeak Squad at the time, though I don't remember which one it was. Also, about it not being bluish anymore: some websites tend to change the saturation of some art (I've mostly noticed this with Kirby Mass Attack artwork), hope this helps. FireStavesCauseBlizzards (talk) 15:57, January 19, 2019 (UTC)

Hey, I'm using Star Dream renders from you, would you mind?

Video goes up on Friday, I just want to make sure everything is alright before I publish it.

I do not believe he was responsible for actually rendering the models, just for uploading them to the wiki. Iqskirby (talk) 02:25, March 18, 2020 (UTC)

Retrieved from "https://kirby.fandom.com/wiki/User_talk:FireStavesCauseBlizzards?oldid=330141"
Community content is available under CC-BY-SA unless otherwise noted.