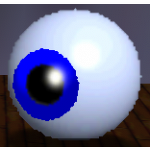 Dreamland is spelled "Dream Land", and Kirby Canvas Curse, as well as Kirby Squeak Squad have colons in their names, i.e.

Just thought I'd let you know.--

Oh, right, I don't think you've been properly welcomed yet, so:

We are glad to have you on the team! This is a wiki dedicated to real articles on subjects related to Kirby and the series bearing his namesake.

If you wish to help, Portal: Help Out is just the place for you. You should also have a look at the Editor's Manual - our customized guide to a smooth experience at Kirby Wiki as well as style and content guidelines for articles and other pages.

If there's anything you're unsure of, feel free to ask your fellow editors or a site administrator.

Enjoy your stay at the wiki.--

Great work on those new Kirby Mass Attack articles! Just try to stick to present tense in sentences whenever possible.Changtau2005

You should really move your user infobox to your user page, it's less cluttered that way.--

Ok, wait a minute. When did this even happen?--Starman125

It happened last week of course. I tried to login, but it wouldn't let me and a message showed up. It said this: "Your password is hijacked". Then, I saw some info I never recalled doing! That's what happened! December 31, 2011 --Bestofkirby--

Then how are you logged in now? Anyways, if the problem persists (keeps going), change your password.--Starman125

Out of curiousity, where do you get those sprites for the enemies in Kirby Mass Attack? Is it a safe sprite website I can use as well? I'm looking for some Canvas Curse sprites and have run out of options...

I found them on a site called sdb.drshnaps.com, otherwise known as "Sprite Database". It kinda works like the spriters-resource.com website. Anyway, they should be ripping more sprites soon. Thanks for asking! --Bestofkirby-- January 22, 2012

Hi. Thanks for responding to the anon's page creation strategies and marking the pages for deletion, but please do not threaten anyone with a block in an administrator's name. Blocks are up to admins' discretion, experience, and wiki policy about whether to execute a block which is usually the last resort to deal with someone who is intentionally disruptive. Changtau2005

According to the Tick page, you uploaded a Canvas Curse sprite of Tick. I know the Spriter's Resource sprite page says to 'not use on any other website' and Drshnaps.com says 'give credit,' and you did neither of those to my knowledge. I'm not accusing you of anything bad; I believe you found a sprite sheet out there somewhere that didn't require credit. Do you happen to know where that would be? I'm looking for free-to-use Canvas Curse sprites and have had no luck thus far.

I should've answered this a long time ago! Anyway, what they meant by "give credit if used" was if one should ever use the sprites for other special occasions (Ex. Creating a fanon Kirby game, etc.). I hope that answered your question.

BoK probably won't become a mod until he learns the ways of the wiki.

You've been talking about typing out transcripts for the anime for a while. You should userfy at least one or two episodes; show how you would handle the formatting and layout - I'd assume you know how a linguistic transcript and its syntax looks like - how they handle latch-ons, pauses, etc. Once you got feedback and ascertained the viability as well as notability as a sub-page, then userfy the rest of the episodes, and deploy them into the mainspace proper as a batch. Even if you did one transcript per day for half the episodes, that'd take 50 days at least.

You asked for the final word. The word is we (at least I) don't know until we see what you intend to do, and I don't like to discourage people who genuinely want to help out without giving them a chance. Generally transcripts aren't necessary as much else is going on-screen and a transcript's purpose is only documenting the speech for analysis - Bulbapedia etc. doesn't document each episodes' transcripts as a synopsis is much more revealing - that says something about transcription's viability. Why don't you show us your idea first? Changtau2005

Tiff: Hey, Kirby! Are you hungry?

Tiff: Here, Kirby. You can have this apple!

Now, here's the same example in a different format:

See the difference? The first one simply contains the character's name and is followed by a colon (and a space). Succeeding both is what the character says, or does (which is in the parentheses), the latter of which can be left on it's own. As for the second format, it is nearly the same, but the characters' names have a bullet proceeding it, the characters' names and the colon are in bold, and if a phrase represents a character's actions, it has brackets instead of parentheses and is in italics. If I/we create the transcripts, I think these formats should be used, but I recommend the second format even more, because it looks more professional. When I get the chance, I'll reformat the transcripts into the second format.

If you or any other active administrators agree with this, I'd be happy to work on as many episode transcripts as I can. And, if any other editors would like to edit the scripts that would be nice, too. Thanks for asking, and I can take it well if we won't have transcripts.

I think it's a lot easier to just watch the video instead of reading through this kind of text - I don't know what its goal is. I thought you were referring to an actual transcript - transcripts never document prosodic features (actions, body language etc.) - only the speech, and its purpose is for people to analyze it. A simple one looks something like this. A synopsis would be a better form of documenting what happens throughout an episode.

If you're eager to type out large volumes of text, there's still a lot of episodes with incomplete synopses. That would be a better venue for your effort, IMO. Changtau2005

Yeah, you're right. There are quite a few incomplete synopsises on this wiki. In fact, I don't think I/we should type any transcripts if I/we don't know about the episode, otherwise it would be deleted. Of course, if a transcript has content, but is incomplete, the "Construction" template should be used. And, as for the transcript style and format you prefer, that could be used as a standard format, too. If any editors (including me) can create a transcript, it should be divided into four sections: "Prologue", "Part 1", "Part 2", and "Part 3", all of which represent parts of the episode. And, watching the video isn't a bad idea, either, but Starman125 recently said that they're not going with the video idea, and I just don't know why. That's another reason I want to type transcripts for episodes. Also, I don't know if we may need a seperate wiki for us to type the transcripts, but I'll just wait for the final answer. Until then, I'll try to complete the unfinished episode synopsises.

If you have work in progress, don't put it in the article proper. Do the work under your user namespace i.e. your userpage etc, then paste it into the article when you are finished. Changtau2005

Thanks for volunteering to make the pages for me. When it comes to page making, I much prefer enemies and sub-games. These are the items/objects. Enjoy! NerdyBoutKirby

Ah! I've those, before! Thanks for showing me, NerdyBoutKirby. I'll create those pages right away!

Are you there? If so, I have a question: Where did you get Space Eel's name? We got most of our KMA names from The Spriter's Resource, but at the time you made the article, TSR didn't have a spritesheet for it. NerdyBoutKirby

I kind of thought of the name myself, but I have an origin:

When I joined this wiki, most of the Kirby Mass Attack didn't have names on the Kirby Mass Attack page, and the Space Eels were referred to as "Large eels that create black holes". That's where I got part of it's name from. Also, the fact that the enemy was in the space level of that game made me think it's name began with "Space" (just like Space Mossy, Space Slugoo, Space Jellifrizz). But, of course, according to Daroach's quote on the enemy's page, he simply refers to it as a "creature", therefore I'm now not sure if "Space Eel" is an eel, or not.

Of course, reading the enemy description that was on the Kirby Mass Attack page at the time led me to believe it was a giant eel, but then again, it's not saying much. As a result, I came up with a fitting name for the enemy, at least until we know what kind of creature it really is.

I understand, but I think we should rename it. It's not very eellike, as it's just a round purple head with orange lips. TSR now uses the name "Shwartz." Even though TSR is unreliable as far as naming goes, that's the most official source we can find and a non-misleading one. I hope you understand. NerdyBoutKirby

Good idea. I'm alright with it, as long as it's given a more fitting name. I just wasn't as good at finding naming sources as I am, now.

Retrieved from "https://kirby.fandom.com/wiki/User_talk:Bestofkirby?oldid=335284"
Community content is available under CC-BY-SA unless otherwise noted.