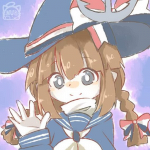 My Kirby: Mass Attack is in Japanese, because I couldn't wait for the English version. Instead of buying a copy, I downloaded the Japanese version. All my games are 100% clear, except Kirby: Mass Attack, because it is in Japanese, I have it 99% clear. I do friends and I have Super Smash Bros., Super Smash Bros. Melee, and Super Smash Bros. Brawl. My favorite Air Ride Machine in Kirby: Air Ride is Swerve Star and my favorite Legendary Air Ride Machine is the Hydra. My favorite Kirby song is Kirby's Return to Dream Land's Level 8: Another Dimension. And here are my top 10 favorite Copy Abilities:

Retrieved from "https://kirby.fandom.com/wiki/User:Paper_Kirby_2390?oldid=305754"
Community content is available under CC-BY-SA unless otherwise noted.