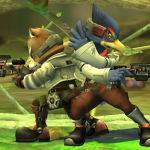 Oh, hi there! The (nick)name's MechaReset. In case you somehow couldn't tell, I like video games, including Kirby games.

Ordered in the date released; oldest to newest.

And that's about it

Yeah, that's all I could think of at the moment. More is likely to come soon though! Thanks for reading!

Retrieved from "https://kirby.fandom.com/wiki/User:MechaReset?oldid=197242"
Community content is available under CC-BY-SA unless otherwise noted.