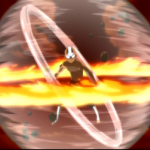 I love the Kirby series!! the anime and the game!

I missed the WHOLE anime when in played on TV, so i've been looking them up in order on the internet (i'm stuck on "Buckaneer birdy" where is it?!!) it's totaly awesome! i expected Meta Knight to have a small role, but it's acually pretty important. while i'm on the subject though, the eniglish dub gave him an accent!! it's cool and weird at the same time. it's spanish... what part of the game indicates he's spanish?! blade and sword knight i think have either australian or british accents... which is hilarious on them. also, i think they left out too many abilaties, kirby has alot, and they had 100 episodes, why not use them all? i also find it funny how lololo and lalala are allies (and smaller) in the show, when they're enemies and as big as kirby, if not bigger in the game. same with chef k

i wonder how the idea came up to make a chracter that can coppy ablities. were the playing a game and was all like "that enemy has a cool power. no fair, how come i can't do that?" or was it like in those shooter games where you pick up enemies' weapons? i donno

Retrieved from "https://kirby.fandom.com/wiki/User:MagicalChez?oldid=110498"
Community content is available under CC-BY-SA unless otherwise noted.