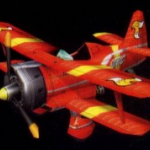 I am not just a Kirby fan. I love ALL of Nintendo, especially Mario & Luigi, Pokemon, and Super Smash Bros., along with Kirby (of course). My first Nintendo game was Pokemon: Ruby and Sapphire versions, and I was instantly hooked.

My friend Russell introduced me to Kirby when he bought Kirby: Canvas Curse for DS. He let me borrow it, and I was so addicted, I stayed up all night just to beat all the levels (cool fact: if you take the first letters of Worlds 1-7 and put them in that order, it spells RAINBOW) and destroy Drawcia (Quote from me when she transformed into Drawcia Soul: "Hey-heyhey-HEY! Foul! No fair! I defeated you the first time!"). I currently own my own copy of Kirby: Canvas Curse, along with Kirby: Super Star Ultra, Kirby: Squeak Squad, Kirby and the Amazing Mirror, and Kirby's Epic Yarn.

My favorite Kirby character is actually not Kirby (I can hear the collective complaints now). It is Meta Knight. Meta Knight is also my player of choice on Super Smash Brothers Brawl, since his attacks are hard to dodge and his Final Smash is a near instant KO if damage on the opponent is more than 30% damaged. I also think that he looks a lot cooler than Kirby (again, hearing collective complaints). I like him so much that he is the one I named myself after.

How do you make a sig?

Retrieved from "https://kirby.fandom.com/wiki/User:MachTornado?oldid=77009"
Community content is available under CC-BY-SA unless otherwise noted.