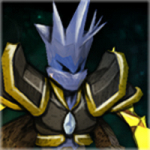 Hello! I joined this wiki in 2011, though I wasn't active until recently.

I'll use my userpage to write down any Kirby-related thing I do. I may think of something more interesting to put in here later.

I've actually watched almost all of them, but it would take a long time to list them all, so I only listed the ones I have watched in english.

Things I've done or plan to do

I've completed most of the games I own, though I still have some things left to do in Mass Attack.

I've been slowly making cards for a Kirby TCG; sice there isn't an official one I figured I might as well make one the way I wanted. I've mostly made enemies, though there are a few item cards in it too. My goal is to make a card of every creature from the Kirby games.

I've also made a few small fangames on Game Maker, though most are quite old or unfinished.

Retrieved from "https://kirby.fandom.com/wiki/User:Leaf_Magics?oldid=170197"
Community content is available under CC-BY-SA unless otherwise noted.