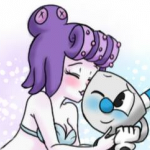 Hello! I'm I=-Vanya-=I, but you can refer to me just as Vanya for short. I'm one of the wiki users, and at the same time I'm the head admin and bureaucrat of Russian Kirby Wiki. Oh, and I'm not really talkative.

Oh, and if you're Cuphead fan who's disgusted by my avatar for various reasons, then please, just don't pay attention to it.

How I got into Kirby

First time I saw Kirby was in one video called "The Gmod Castle Calamity", but since I was oblivious to Kirby, I just assumed he was a Pokémon (stupid, right?). However, over the time I was encountering more and more Kirby. Eventually, Kirby caught my interest enough so I decided to play Kirby games. My first Kirby game was Kirby's Dream Land on online emulator. Later on, I started playing other games, like Kirby's Adventure and Kirby Super Star. Eventually, I grew closer to Kirby and started playing Nintendo DS Kirby games (again, on emulator, since Nintendo consoles are not sold in Belarus). Later, I played Kirby's Epic Yarn, Kirby's Return to Dream Land and Kirby's Dream Collection Special Edition. Now I'm a big Kirby fan, and I wish I could've played more Kirby games, like 3DS titles and Kirby Star Allies, but alas, I can't. But I wish that someday I could.

Retrieved from "https://kirby.fandom.com/wiki/User:I%3D-Vanya-%3DI?oldid=306751"
Community content is available under CC-BY-SA unless otherwise noted.