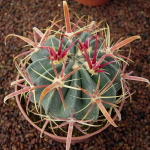 Please be courteous: contact me before you edit my User Page; I try my hardest not to post anything that is suggestive or inflammatory.

I appreciate your understanding.

- Created the section, Kirby: Nightmare in Dream Land, under the article: List of Glitches. I also have created and added all the images currently seen therein (my captions are all free to editing, of course). I also created the section Kirby: Triple Deluxe under the article, and discovered the several glitches currently found in it: "Invisible Attacks", "Hovering Under Ceilings", "The Double Air Bullet", "Invisible Air Bullet ", "Hovering Over Land", "Vanishing Enemies ", "Gigant Edge DX's Instant Ram", "Bomb Ability: Explosion Animation Carry-Over", and "Spear Ability: Quick-Vanishing Spears".

- Discovered in-game and recorded the vast majority of the glitches from the Kirby & the Amazing Mirror and 3D Classics: Kirby's Adventure sections and, so far (up to "Backdrop Ability: Rushing Through a Secured Rope"), all of those recorded under the Kirby: Nightmare in Dream Land section; both titles are sections under the article: List of Glitches.

A new Knight and Star Warrior has emerged from the ranks of the Galaxy Soldier Army! As a survivor of the war waged against Nightmare, Sir Radiant Knight was for the longest time isolated in obscurity. In the center is one of my personal gameplay screenshots, obtained pre-intentionally with humor in mind. I managed to safely remove the game cartridge during gameplay and took the photos with a digital camera; unfortunately, I attempted this with the Kirby & the Amazing Mirror cartridge a couple times, and in each instance all of the save files were automatically deleted  (this was to be a screenshot of Bomb Carbon Kirby with Dark Meta Knight at absolute minimum health: Dark Meta Knight was to stab downwards where I had just planted a bomb; the caption would have read, "Dark Meta Knight: 'Oh no...'". In addition, here's another personal gameplay snapshot: a rather unique record, as far as the human/CPU relation is concerned, from Kirby's Air Grind (I've twice encountered a CPU/CPU tie in which their Time and Rate stats were equal). This unintentional event turned out to be valuable research material that yielded some additional data to the article, Kirby's Air Grind!

I figured I'd invent a new Knight: Radiant Knight. Completely free-hand sketched. Photo's color quality is terrible, sorry. ~~Wikia's Terms and Conditions aside, I claim ownership of having originally conceived the "Radiant Knight" character and its personality, history, abilities, etc. This character's physical design is based off of the "Hoshi no Kaabii" concept created by Masahiro Sakurai. I do not claim any ownership whatsoever of that concept. Thus, this character's design (including his suggested color palette) ultimately belongs to Mr. Sakurai.~~

Kirby (Barrelcactusaddict)/Yellow, Red, and Green Kirbys (CPUs). I've tied Miyamoto's Kirby for first, but I came out on top because I'm no CPU (I've observed this biased, pre-programmed method of placement in KSSU also)! Indeed, "Rate" has no precedence in determining placement.
Add a photo to this gallery
Retrieved from "https://kirby.fandom.com/wiki/User:Barrelcactusaddict?oldid=185288"
Community content is available under CC-BY-SA unless otherwise noted.