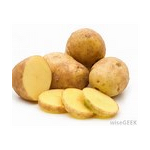 How I got into Kirby

I've been wanting to tell this story to my friends, but I'm sure they're not interested in hear me ramble on about something they have no interest in. It all started in 2008 (or somewhere around there) where I got a DS for my birthday. It came with a cartridge containing hundreds of games in it. Since I was familiar with Mario, I played all the available games the franchise had. After blindly playing Pokemon, perfecting Yoshi's Island, and beating Mario Kart, I scrolled all the way down to the bottom of the list to find 3 Kirby games in a row. And there it was, the first Kirby game I've ever played, Kirby Super Star Ultra. I spent hours on that game, playing it over and over again.

I, of course, had to play the other games if KSSU was that good. I enjoyed Kirby: Squeak Squad a whole lot, but unfortunately, every once in a while, my save data would erase and I would have to play it over and over again, sometimes in 1 try if I wanted to defeat Dark Nebula, whom I only encountered twice. The same thing happened with Mass Attack, except this time, I never reached the final boss. When you're too busy collecting all the medals, earning gold stars, and playing Brawlball, it gets hard trying to beat the game in one siting. The farthest I've ever gotten to was the beginning of Necro Nebula. Oh yeah, it also happened with Canvas Curse. I did beat Drawica, but was never able to beat the extra mode simply because I didn't have the motivation to do so. I thought it was basically the same story mode again with the same final boss. Boy was I wrong. I never did get to defeat Drawica Soul. Unfortunately for me, I updated my DS and now the cartridge doesn't work so I can't finish the game.

2008 was when I got my Wii which came with a UBS Loader channel that also contains hundreds of games. Super Smash Bros. Brawl was the first game I played since I played it at my cousin's house. Eventually, I looked at the many selections of games and saw Kirby's Return to Dream Land and Kirby's Epic Yarn. I love them both, but RtDL better. After playing all those games, I got hooked, but eventually stopped playing Kirby games for a few years.

It wasn't until the summer of 2017 when my cousin let me borrow Kirby: Planet Robobot during our trip to Las Vegas. Unfortunately, he borrowed it from a friend so he needed it back in two days when he had to return it at the end of our trip. Since I only had two days to play the game, I spent most of my time speed running it during the car ride home. This meant that I couldn't fully enjoy the game and take my time with it, I couldn't listen to the wonderful ost it had, and I couldn't 100% the whole game. I played as much as I could, stopping after I beat Meta Knightmare Ultra. I thought I'd never get to play it again until I got it as a surprise from my dad for some reason.

Because I missed out on listening to Planet Robobot’s ost, I listened to it on YouTube and boy, not only did I get hooked with the game's music, but Kirby music in general. I kept listening to ost after ost, reading a bunch of tidbits I didn't know while reading the comments until I craved for more information on this series I used to love. I guess that's how I found this wiki...? Whatever it was that led me here, I'm glad to be a part of it.

Kirby was a fun character to play in Brawl. At the time, I thought it was pretty cool he had 5 jumps, can copy fighters' abilities, and have a move that made him invincible (however I now know that Stone can only take up to 49% of damage I believe). I didn't really like playing other characters other than Kirby himself which is why I was so glad he had major roles in the Subspace Emissary, although I liked playing Pokemon Trainer, Ice Climbers, and Snake. When I got Super Smash Bros. for Nintendo 3DS, that's when I started picking up other characters like Villager and, well, everyone else, except for the fast-fallers. I'd say I'm far better at Villager than Kirby in Smash 4. I want to say I secondary Kirby, but in reality, my Kirby sucks (ba dum tsss).

All I really know how to do with Kirby is forward throw to forward air, or forward throw to a charged copy ability at low percents. I mean, I also know up throw kills at high percents, down air to up tilt/up smash/down smash works, and use back air a lot, but I can't master the last part. I really only use Kirby in For Glory for when I want to play offensive, requiring a lot of grabs (since Villager's grab is frustratingly slow).

I've often thought about what Kirby's move set would be if he obtained copy abilities from the Kirby series. Here's my unfinished chart on every single character and what Kirby's Copy Ability would be. Neutral and Side specials will be changed. If an attack does not change the Up or Down Special, then it defaults to the default moveset provided below. Most of thee abilities you have to think about, like "Oh, I guess that makes sense."

I have yet to play the older Kirby games, but I plan on buying the Dream Collection.

Retrieved from "https://kirby.fandom.com/wiki/User:AceFedora?oldid=320363"
Community content is available under CC-BY-SA unless otherwise noted.