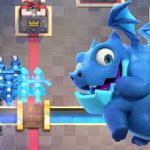 aka I can't tell you personal information :P

Sorry, this page is still under constuction.

I also have one original ability, Ivy.

Skorpyo is the son of the Grecian legendary scorpion Scorpio. After Scorpio was killed by Orion the Hunter, his blood seeped all over. The blood reformed when an unknown power quickly discharged and Skorpyo was born. Some time later, Skorpyo stumbled upon a vial with a strange liquid in it. It tipped over on him, and he was imbued with (from Metroid) Ridley's power.

Skorpyo is generally very laid-back and calm, not very impulsive and rarely angry.

Negative things, when his Laser Tag gun is out of battery, when he runs out of ingredients to bake pie, wasted pie, Exekutionyr when he's being Mr. Negative.

As True Skorpyo, his venom is much stronger, his claws are sharper, and his lightning is deadlier, as well as he can fly, teleport and levitate.

Exekutionyr was a normal executioner wasp until he was captured by a group of space pirates and they tried to turn into a superweapon by adding a large amount of Metroid (also from Metroid) DNA to his own body. He escaped, however, and flew at top speed with his enhanced powers and rocketed towards Popstar. However, he had the luck to run smack into a high concentration of Dark Matter. It fused with him, and Exekutionyr was born.

Exekutionyr is tense, grumpy, steamed, impulsive, sometimes rude and loudmouthed, he is also, as his name suggests, quite violent at times.

Pollen, no sleep, coughing, tall grass that nobody can see over.

Exekutionyr has very deadly poison, and his stinger is incredibly painful. He can also fire lasers.

As Pure Exekutionyr, his poison is now near- fatal, his stinger can cut through most objects, and the lasers are much larger, being the size of even planets sometimes.

Rykluse is a spider born on the planet Loxosceles, There, he found a large fountain that turned him pyschokinetic. He loved to read, and was super smart. His incredible intelligence massively expanded his psychic powers, granting him otherworldly strength.

Rykluse is very shy, quiet and soft- spoken, much more cheerful than his warring brothers.

Rykluse's telekinetic strength is massive. He is also capable of teleportation and high- speed flight.

As Absolute Rykluse his telekinesis increases tenfold. He can now easily move planets and stars with his mind. He can fly faster than the speed of light.

Retrieved from "https://kirby.fandom.com/wiki/User:AWESOME_CLASHER556?oldid=329390"
Community content is available under CC-BY-SA unless otherwise noted.