Kirby Wiki
Register
Don't have an account?
Sign In
Advertisement
in: Copy Ability, Articles with non-canonical information, Copy Abilities in Kirby: Right Back at Ya!,
and 14 more
English

Golden tiara with a diamond-shaped green gem with a golden rim and golden swirl ornaments on each side that holds a small tornado.

dependent on the terrain and once the Copy Scroll is obtained.)
Bluster (

Tornado is one of Kirby's Copy Abilities. This ability made its first appearance in Kirby's Adventure and became a frequent addition in Kirby's arsenal.

This technique, as the name implies, allows Kirby to become a small tornado that can harm anything it touches for a limited time. During this phase, Kirby is impervious to all attacks and instantly damages enemies upon coming in contact with them. This makes it invaluable during Boss Endurance modes, as Kirby is invincible to contact damage from bosses and can easily rack up damage by moving repeatedly inside them. The downside is, however, that the cyclone is difficult to control and the transformation fades in around 4–5 seconds, and up until Kirby: Squeak Squad, it couldn't break star blocks. This makes the ability ideal for both the field and for battle, but hard to master.

In Kirby Air Ride, Tornado reappears with a completely new function. Here, Tornado could be used as an extension of the regular spin attack. In Kirby: Squeak Squad, Tornado can also take on the elements that it passes through with the use of a Copy Scroll.

Its reappearance in Kirby's Return to Dream Land brought with it some new abilities like launching projectile versions of the tornado or expanding the area of effect of the final hit once Kirby finishes spinning.

In Kirby and the Forgotten Land, Tornado can be evolved into two more powerful forms; Fleur Tornado and Storm Tornado.

In Kirby's Dream Course, the ability functions much the same as in the platformer games, except without being able to gain altitude on its own. In Tornado form, Kirby will spin forward continuously for several seconds until his acceleration gradually decreases. However, because of the different focus of the game and the 3D field of play, the ability is dangerous to use and difficult to control. Holding the D-pad left or right will cause him to turn counter-clockwise or clockwise, respectively, but this is only reliable on regular flat surfaces. It is likely that Kirby will pass over or bounce out of the hole in Tornado form, so it is best used for covering distance and mowing down multiple enemies (or the other player in multiplayer mode). With its steering, it can also be used as a risky method of reversing a mistake or saving Kirby from falling off the course. 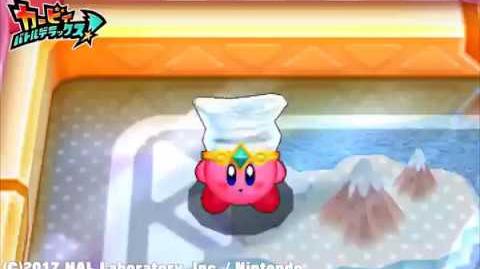 Kirby and the Forgotten Land Moveset

Tornado is one of Kirby's most powerful abilities in the Kirby: Right Back at Ya!, being a master of one of nature's most destructive forces. If he eats things that spin, such as propellers, Kirby will acquire this ability. With the spinning tornado hat, he can fly through the air easily. In the transformation sequence, wind surrounds Kirby as he does an aerial flip. A tornado appears on his head and his visor forms onto him.

His main attack is spinning rapidly to form a massive pinkish cyclone that reaches all the way to the clouds. He can also spit smaller twisters from his mouth, or he can cause a medium sized tornado to manifest from the top of his hat, to pick up enemies and send them flying.

If he is in water, naturally the tornado becomes a water spout, which is useful in putting out fires.Trick or Trek

Tornado is one of the few Copy abilities used in the anime that had a "utilitarian" use (i.e. did not use it to fight a villain)Trick or TrekMabel Turns the Tables, except once when he had to defeat Tornadon.Island of the Lost Warrior 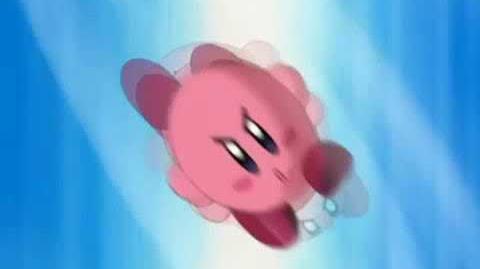 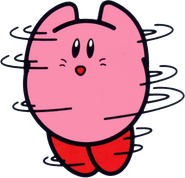 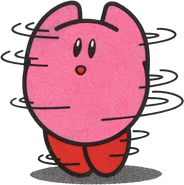 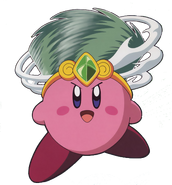 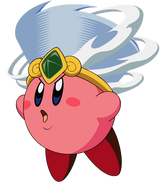 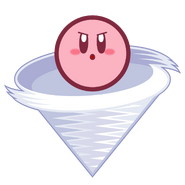 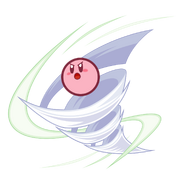 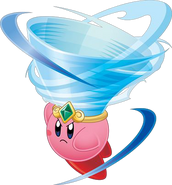 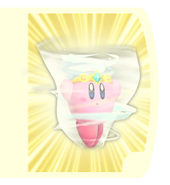 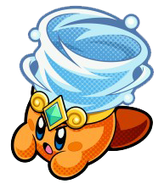 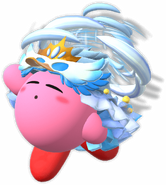 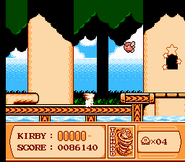 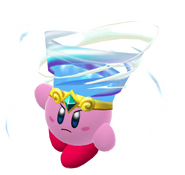