Top is one of Kirby's Copy Abilities. This one is unique to the anime, and has so far not appeared in any game.

Top Kirby wears a simple yellow and white cap with a picture of a top. He can send out dozens of spinning tops with star designs on them, which can slice up anything they touch and then explode. It is very similar to the Yo-Yo ability.

Along with Water, Iron and Baton, Top appeared in the episode Air-Ride-in-Style - Part II of the anime, and was created by fans. There was a contest in Japan to submit copy ability ideas, and this copy ability was the idea of one of the winners. 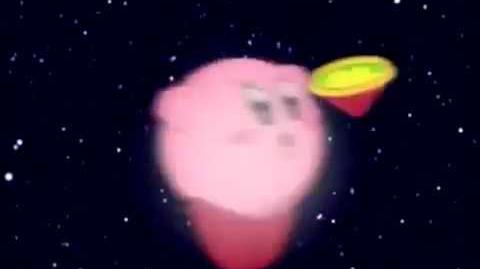 Top Kirby Transformation
Add a photo to this gallery

Retrieved from "https://kirby.fandom.com/wiki/Top?oldid=338224"
Community content is available under CC-BY-SA unless otherwise noted.