The Tilt Gondola[1] is a vehicle in the Kirby series, debuting in Kirby: Triple Deluxe.

The Tilt Gondola is a small gondola lacking oars. The little vessel is suspended from a pink track by a white rope with red and blue stripes, making it resemble a basket. The rope and track connect via a red orb with a spinning star icon. In The Arena and The True Arena, Tilt Gondolas look more colorful and connect to the track by crystalline ropes.

In Kirby: Planet Robobot, Tilt Gondolas take on the appearance of submarines.

The Tilt Gondola serves as a quick method of transport. When Kirby jumps into it, the player gains control over it. The boat is gyro-controlled—tilting the Nintendo 3DS left or right causes the gondola itself to move that direction across its track. Kirby can freely jump out of it by pressing A.

Sections of stages containing Tilt Gondolas are often filled with hazards which Kirby must brake for to avoid taking damage. In Kirby: Triple Deluxe, the gondola is occasionally unnecessary for the hero's progression. Certain stages, however, contain puzzles requiring him to move a key across a giant gap with the gondola. Tilt Gondolas rarely appear in Kirby: Planet Robobot.

As with all the gyro-controlled objects, the player can reset the gyroscope by tapping a button on the Touch Screen. 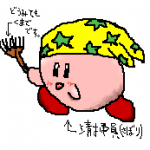 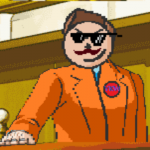 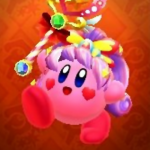