Tick is an enemy in the Kirby series, debuting in Kirby's Dream Land 3. It gives the Needle ability when inhaled.

Tick appears to be a cute, harmless creature at first. However, if Kirby gets above one, its expression becomes mischievous, and it extends the spike on its head to try to damage Kirby, acting in a somewhat similar way to Scarfys when Kirby is facing away from them.

Tick appears as a mid-boss in larger form in Kirby 64: The Crystal Shards.

Some Ticks in Kirby: Triple Deluxe will hop towards Kirby in their cute forms.

Tick is a small creature whose body is shaped similar to that of a teardrop. Its body is colored white (originally a pale pink color) and the top of its head is colored a bright red. It has two large shiny eyes normally, but when attacking, they change to a more sinister appearance. It also has a wide smiling mouth (with the exception of Kirby: Canvas Curse, in which it has no mouth) which can change to a sinister grin whenever it is attacking. The red tip on its head is able to stretch up to over twice its height and become needle-like whenever it attacks. 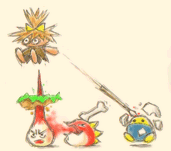 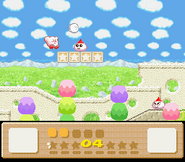 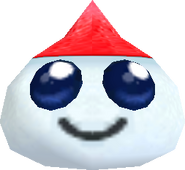 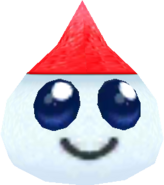