Kirby Wiki
Register
Don't have an account?
Sign In
Advertisement
in: Enemies, Characters, Enemies in Kirby's Adventure,
and 12 more
English

Regular Enemy
Starman is a recurring enemy in the Kirby series. It gives the Hi-Jump ability when inhaled, and is the only enemy in the series to do so.

Starman is a yellow, featureless, star-shaped creature. It wears a lengthy blue cape, which is secured by a red, gem-like brooch. The top of Starman's head is split into two points.

Starman debuts in this game as an enemy. It has two different behaviors: gliding horizontally through the sky along a set path, or walking back and forth, stopping occasionally to jump straight up into the air.

Starman appears in only two stages: Stage 3 of Level 2 and Stage 2 of Level 4. He flies slowly through the air, not posing a threat to Kirby. If the pink puff consumes a Balloon and spits Air Blasts at him, Starman is pushed back but not harmed. The more Air Blasts Kirby hits him with, the more points the player earns, and a long string of hits grants 1UPs.[1] As Balloons appear in the same stages Starman does, this seems to be his only intended purpose.

Starman looks and acts exactly as it does in Kirby: Nightmare in Dream Land. It can also be summoned by Mecha Kracko during the battle against him.

Starman appears in the sub-game Kirby Brawlball as an enemy. A group of Starmen will occasionally fly across the board in a zigzag pattern, and Kirby can hit them to score points. The enemy's appearance has not changed since Kirby: Squeak Squad.

Starman acts exactly as it does in Kirby: Nightmare in Dream Land, but is now a much rarer enemy. It also appears in the Hi-Jump Challenge.

Starman is found in the Butter Building stage, and attacks by leaping at the Kirbys. 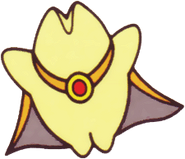 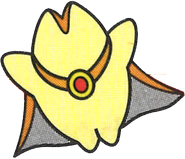 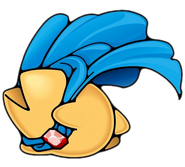 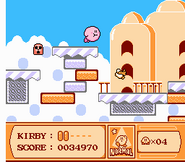 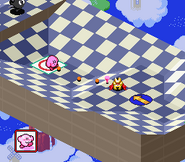 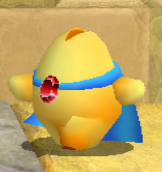 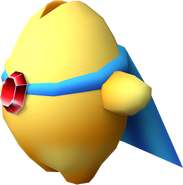