Spear is a Copy Ability that was introduced in Kirby's Return to Dream Land.

The Spear ability grants Kirby use of a long spear. He can continuously jab at enemies in front of and behind him, and also throw an infinite amount of spears. By charging up the spear, Kirby can twirl it above him to fly for a short time.

Spear is highly similar to Sword in basic attacks, but it lacks those which give Kirby short-term invulnerability in exchange for increased range, a hover ability, and a few long-range throwing moves in place of the Sword Beam.

The Spear ability returns in Kirby: Triple Deluxe and has remained mostly unchanged; however, the Triple Throw was removed, and Kirby can now move when preparing to throw a spear instead.

Although Spear doesn't return as a Copy Ability in Kirby Star Allies, Bandana Waddle Dee, who can be summoned as a Dream Friend, uses the Spear ability exclusively.

It is also one of the few abilities that may be used in the water, along with Sword, Parasol, Hammer, UFO, Master, Bell, and Staff. 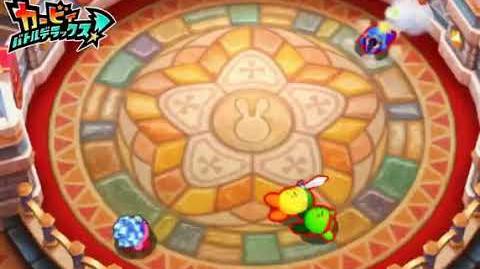 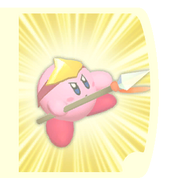 Kirby's Return to Dream Land (with Sword, Leaf and Beam)