Sparky is a common enemy in the Kirby series. When Kirby inhales one, he gets the Spark ability.

Sparkys are green blob-like creatures. They have little black eyes located at the bottom of their body. They also have two light green orbs that are surrounded by electricity (in the original version of Kirby's Adventure, these orbs were originally another pair of eyes; in later games, this idea was scrapped). These electrical orbs could be presumed to be how Sparky creates its spark attack, and could also possibly be its hands (seeing as how many other enemies have spherical hands).

Sparkys are generally a greenish-blue color. However, in Kirby's Adventure and its remake, Sparkys also come in other assorted colors like blue, yellow, and lilac; their original standard color was bright pink. The first game to feature Sparky's current green coloration was actually Kirby's Dream Course.

Sparky debuted as a common enemy in Kirby's Adventure where they provided the Spark ability. Unlike many of the other common enemies such as Waddle Dee or Waddle Doo, Sparkys will not just walk off in one direction regardless of what happens, but slowly make their way towards Kirby trying to bump into him deliberately. Because of their lack of legs, they move by taking small jumps from place to place or one large hop which covers more distance.

When Kirby gets too close to the Sparky, it will create a small electric field that shocks Kirby causing him to bounce along the ground stunned for a moment. This is usually just a minor inconvenience, but can be dangerous if Kirby is near a bottomless cliff or annoying if Kirby loses his Copy Ability since there will be less time to gain the ability back and more of a chance of the lost ability getting away.

Sparky appears as an enemy in Stage 3. It hops up and down or side to side and grants Kirby the Spark ability when defeated. It is the only source of this ability outside of the Changer item. Sparky also appears in the "border line cleared" animation. It hops after Bouncy, seemingly late for the parade.

Sparkys reappear as a common enemy in both games, and as a collectible keychain in Kirby: Triple Deluxe.

Sparky is generally regarded as the main provider of the Spark ability. As such, they appear in all games which feature said ability; their behavior is generally unchanged from game to game, and will usually bounce around slowly and generates an electric force field as means of attacking Kirby.

When controlling one with Ghost Kirby in Kirby: Squeak Squad, it takes a while to create its electric field, but can still deal damage by crashing into other foes. Some Sparkys also make a cameo in Kirby Super Star and Kirby Super Star Ultra in the Mt. Dedede stage in Spring Breeze as audience members.

Sparky appears in the New Challenge Stages in Kirby's Dream Collection Special Edition as well. It appears in the Spark Challenge, the Smash Combat Chamber, and Magolor Race 1, 3, and EX. 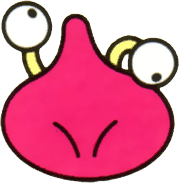 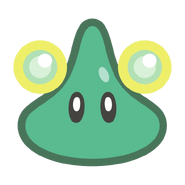 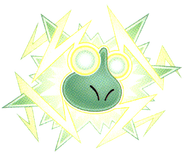 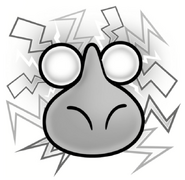 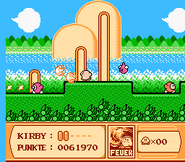 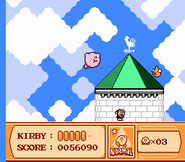 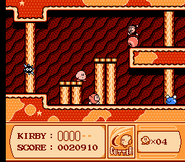 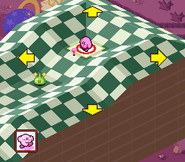 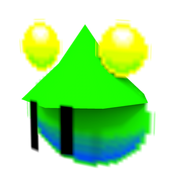 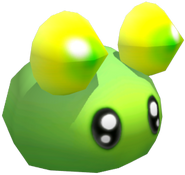