Kirby Wiki
Register
Don't have an account?
Sign In
Advertisement
in: Copy Ability, Articles with non-canonical information, Copy Abilities in Kirby: Right Back at Ya!,
and 17 more
English

Old: Palette swap of Fire, with electric blue flames that "solidify" while attacking.
Anime: Sparking, electrical crown with a round blue orb in its middle. Similar in appearance to Plasma, except electricity is fluid. Kirby turns green.
New: The anime design, except no skin change, the band has different color and pattern, and sparks have shorter waves.

Spark is one of Kirby's Copy Abilities. With this ability, Kirby is able to surround himself in sparks of electricity, shocking any enemy that comes near.

Plasma and Spark are sometimes seen as interchangeable, as Spark had later begun exhibiting properties previously seen only in Plasma. In the anime series, Spark Kirby uses long distance attacks like Plasma's energy blasts. In Kirby: Squeak Squad, Spark allows Kirby to charge up his attacks, and after obtaining the Ability Scroll, he can fire a long-range attack in addition to creating a barrier due to the charge. Spark is considered to be Plasma's answer to more defensive abilities like Needle or Freeze. Their own ability caps also had very similar designs, implying a larger connection. In Kirby's Return to Dream Land, Plasma's moves from Kirby Super Star were fully integrated into Spark, effectively merging the two abilities. Despite this, however, Plasma returns in Kirby Star Allies, as opposed to Spark.

In earlier appearances, this ability didn't create a field of electricity but rather shot small, exploding blasts of electricity from Kirby (or Sparky). Since Kirby's Dream Land 3, it was changed into a shocking force field, sometimes with sparks trailing across the ground.

Spark is a Mode for Robobot Armor in Kirby: Planet Robobot.

In Kirby's Dream Course, Spark is the most powerful offensive ability, as it is the only means of defeating Whispy Woods and Kracko. However, it has no effect against Gordo. Some holes are designed to be very difficult if Kirby cannot smash through multiple Whispy Woods in his path. Unlike other abilities in the game, it does not modify Kirby's movement or speed at all.

In Kirby: Right Back at Ya!, Spark Kirby appears in Dedede's Raw Deal and Tooned Out. Spark Kirby has green skin. The crown is changed slightly to just a round blue orb in a simple circlet. It also becomes more of a long-distance defense move like Plasma, with Kirby launching orbs of crackling energy and shooting electric beams at his foes. He also retains the ability to sprout electricity from his body exactly like in the games. In the transformation sequence, the orb slams onto Kirby's forehead. The top of his head catches on blue fire. The blue fire disappears as soon as the blue sparks appear and Kirby turns green. Spark is one of two abilities in the anime to successfully defeat a threat every time Kirby uses it (the other being Crash). 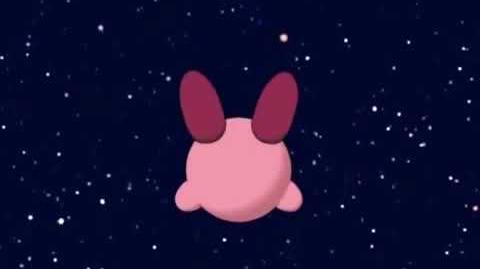 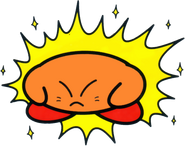 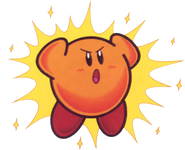 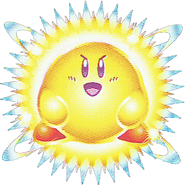 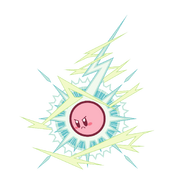 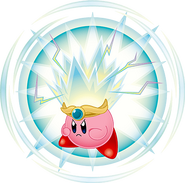 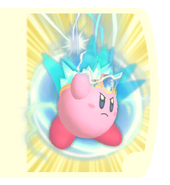 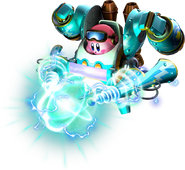 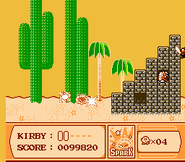