The Sound Test (also called Jukebox) is a recurring menu feature that appears in many games in the Kirby series. More often than not, it needs to be unlocked by fulfilling certain requirements.

The Sound Test allows the player to listen to both music and sound bytes from the game anytime the player wants from it. Kirby's Epic Yarn, Kirby Mass Attack, Kirby: Triple Deluxe, Kirby and the Rainbow Curse, Kirby: Planet Robobot and Kirby Star Allies do not have sound effects in the Sound Test.

Some games have otherwise unused tracks that can only be heard with this feature. For example, Kirby 64: The Crystal Shards has a remix of Kine's theme from Kirby's Dream Land 3 that is not used, but it can be heard as Track 2 on the Sound Check.

Games the Sound Test is available in

The Sound Player is a collectible item in Kirby & The Amazing Mirror and Kirby: Squeak Squad, and must be found before the player can access the Sound Test menu. In other games, the sound test is built into the menu system at the start, so the Sound Player is not present. 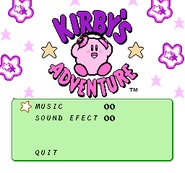 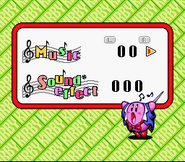 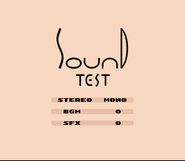