Soldiers are enemies in Kirby's Epic Yarn and its remake, Kirby's Extra Epic Yarn. They first appear in Toy Tracks, and later return in Melody Town and Stellar Way.

Soldiers look identical to Mariners; the only difference between the two is their colors. Mariners have blue heads and eyes with light gray bodies, while soldiers have red bodies and eyes with black heads. There are four different types of soldier: Sword Soldier, Spear Soldier, Cannon Soldier, and Whistle Soldier.

Soldiers will attack Kirby and Prince Fluff if they get close. Soldiers attack differently based on the weapons they hold. Sword Soldiers run toward their target, recklessly swinging their swords. Spear Soldiers rush toward their target, thrusting their spears at him. Cannon Soldiers will tilt their heads sideways and fire a spiky cannonball at their target. Whistle Soldiers don't attack at all, but instead blow their whistles, which summon other Soldiers to the area. The Whistle Soldier then pulls out two flags and dances, possibly trying to cheer on the others.

If you lasso their weapons, Sword Soldiers and Spear Soldiers will panic for a while. 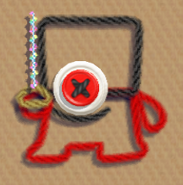 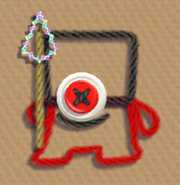 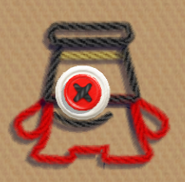 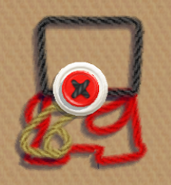