New: A purple sleeping cap with yellow pois and white trimming. In Kirby Battle Royale, Kirby carries a white pillow with an orange band with a yellow crescent moon design and sides.

Sleep is one of Kirby's Copy Abilities, first introduced in Kirby's Adventure. In most of its appearances, it is relatively useless, sometimes used as an obstacle.

When Kirby inhales a lethargic Noddy, he instantly falls asleep and can't do anything until he wakes up. This nap takes approximately 5 seconds, depending on the game. Since the player is unable to willingly drop the ability, Sleep has no Helper, like the other limited-use abilities such as Mike and Crash. Sleep's Copy Essence is also occasionally used as a hazard in some games due to the nature of the ability.

Sleep isn't always completely useless, however. In Kirby's Return to Dream Land, it gained the power to deal minor damage with a popped sleep bubble when Kirby wakes up. In Kirby Air Ride, the victim ailed with the ability is able to pass it on to another racer by crashing into them, leaving them with the debilitating ability instead. Also, if the player obtains the Sleep Ability Scroll in Kirby: Squeak Squad, Kirby will slowly regain health as he sleeps, up to just under 25% with all 8 Vitality pieces collected, so a Sleep bubble heals more health than common food outside of combat, but Kirby is still defenseless while using it. It is possible to sleep on the world map, which can be done by exiting the stage while sleeping or tapping a Sleep ability bubble on the map. It's also possible to exit the stage while sleeping, thus falling asleep again on the world map, and subsequently regenerating health again. With this method, Kirby can regain almost 50% of his max HP.

Sleep appeared with a full moveset for the first time in Kirby Battle Royale. It was added as a free DLC ability on February 1, 2018 after winning the second 25th Anniversary Poll. In this game, Sleep Kirby always carries a pillow, and his attacks are partially inspired by pillow fighting. His animations suggest that he is sleepwalking the entire time while fighting. While Kirby still falls asleep if left idle, the player can instantly break out of it at any time; the sleeping state also causes Kirby to slowly regain health like in Kirby: Squeak Squad. Sleep's moveset in Kirby Battle Royale is defined by pillow strikes that are quick and hard-hitting, but have limited range. It also features a much more powerful and effective variant of the Early Wake sleep bubble attack.

Sleep returns in Kirby and the Forgotten Land. where, like in Kirby: Squeak Squad, Kirby is healed as he sleeps. Additionally, there is a small window where Kirby is able to slowly "sleep-walk" before falling asleep. Its Evolved Ability counterpart called Deep Sleep, which allows him to summon a bed to sleep in for a prolonged period, increasing the amount of health recovered as a result. If Kirby sleeps uninterrupted for the full duration, he will receive a random boost in health, speed or attack. Kirby can manually fall asleep early if he has Deep Sleep. The regular Sleep Hat appears when Kirby takes a nap in his house in Waddle Dee Town. 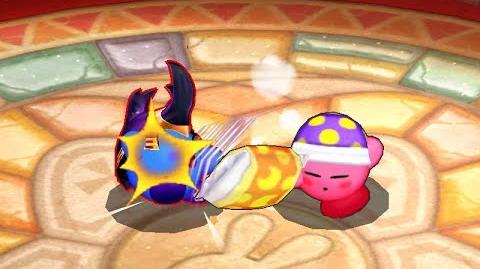 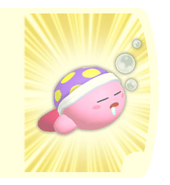 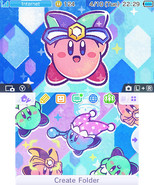 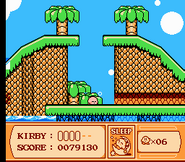 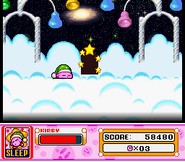 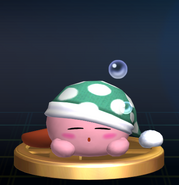 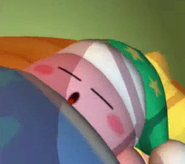 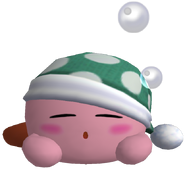