Kirby Wiki
Register
Don't have an account?
Sign In
Advertisement
in: Planets, Levels, Levels in Kirby 64: The Crystal Shards,
and 5 more
English

Shiver Star is the fifth planet visited by Kirby, Ribbon, Adeleine, King Dedede, and Waddle Dee in Kirby 64: The Crystal Shards. It is a world perpetually covered in ice and snow. In circumstances not clear, the planet's inhabitants all had to move in the past,[1] and left behind little more than buildings and factories which continue working long after their departure. The boss of this planet is HR-H/HR-E.

After defeating HR-H/HR-E, the Crystal Shard opens up a portal to Ripple Star. Ribbon sadly beholds the ruinous state of her home planet. Heartbroken, she turns to the others to ask them for help. After the group affirms their determination to help her, they enter the portal; Kirby goes first but trips on his way, causing him to be run over by the others, and Ribbon has to lift his body into the portal.

A simple snowy stage. Many ice enemies abound here, but a wide variety of other abilities can also be found.

A stage set in the sky. Strangely, there are crystals everywhere and brightly colored star patterns. There are also wind currents which will not propel Kirby upwards, but increase his jump height.

A stage that takes place inside a toy-themed mall or factory.

Unlike Stage 3, which just couldn't decide whether it was a toy wonderland or at least a cheerful factory, Stage 4 is most definitely a factory - a dangerous, spike-studded, smashing-hammer filled one at that. Being smashed by a Squeaky Hammer Machine or crushed by a Robot Toy results in an instant KO. The technology theme in this stage leads up to the boss fight.

Kirby fights this giant robot in the depths of a mysterious abandoned city. 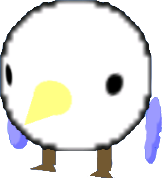 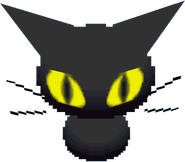 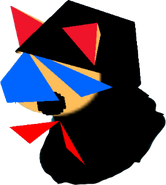