Kirby Wiki
Register
Don't have an account?
Sign In
Advertisement
in: Planets, Levels, Levels in Kirby 64: The Crystal Shards,
and 5 more
English

In Ripple Star's first appearance, it is severely corrupted by Dark Matter. However, after Dark Star is created, it is shown cleared of Dark Matter on the map screen.

Ripple Star's boss Miracle Matter poses as the game's "final boss" if the player has not collected all 74 of the Crystal Shards upon facing it. Once the player collects all of the Crystal Shards and defeats Miracle Matter, Dark Matter withdraws itself from Ripple Star and explodes in the distance. The victory is short-lived, however, as the Dark Star reveals itself and becomes the game's true final level.

Ripple Star's environment is much like Popstar's, having many of the same enemies and similar design.

The fate of Ripple Star depends on the number of Crystal Shards Kirby collected during his adventure.

If Kirby does not collect all 74 shards, then the power of the shard from Miracle Matter merely dispels Dark Matter from Ripple Star. Celebrations ensue, and the heroes from Popstar leave Ripple Star in a special ship. The Fairy Queen then shows an evil grin at the player, revealing that she is being controlled by Dark Matter.

If Kirby collected all the shards, then the power of the shard evicts Dark Matter so forcefully it explodes in space. Suddenly, however, the shard shoots a light beam at the Fairy Queen herself. There was a huge Dark Matter-like presence residing in her, and as the Queen faints, the powerful force flies into space and expands to a humongous size, forming the ominous Dark Star. When it seems all hope is lost, Kirby pulls out a Cell Phone, which he uses to call a Warp Star (the only instance of it in the game). The entire group flies off to Dark Star, and the player is thrown straight into the level.

This stage's design very closely resembles the first stage of Popstar, the only outstanding differences being that the enemies are much more challenging, and the log cabin in which the mid-boss is encountered is now a small mechanical room.

An eerie stage that involves infiltrating Ripple Star's castle. After entering a well, there is a maze of underground caverns containing underwater lakes.

The inside of Ripple Star's castle. There are 11 rooms, 5 of which contain stairs themed after dawn, day, afternoon, dusk and night. 5 more rooms contain many enemies that come in waves, which must be defeated to continue. The last room is a flight of stairs that leads up to the menacing darkness cloud where Miracle Matter awaits. All of the enemies in the game are found here.

Miracle Matter is Ripple Star's boss. After it is defeated, Kirby collects the sixth and final major Crystal Shard and he and friends are able to travel to Dark Star, granted all other Crystal Shards have been collected. If the player has not collected the others, the withdrawn Dark Matter will not explode, and Kirby and the gang will never notice that the Fairy Queen is under 0²'s control, leaving Ripple Star vulnerable. 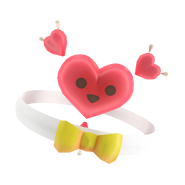