Makiko Ohmoto
Red Kirby is a member of the Kirby species that appears in the Kirby series, debuting in Kirby: Nightmare in Dream Land.

Red Kirby looks the same as Kirby, but is colored red instead of pink and has magenta feet instead of red. He has appeared in some Kirby games and in the Super Smash Bros. series, and most of his appearances have been as a palette swap or Spray Paint variation of Kirby. In multiplayer sub-games, he is usually controlled by player three. 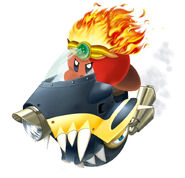 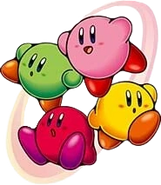 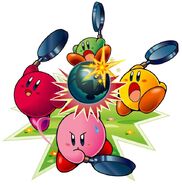 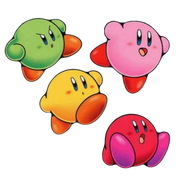 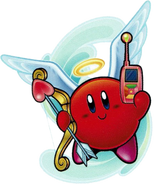