Prince Fluff has a similar personality to Kirby's. Like Kirby, he adores eating (although he can't eat as much). He also is slightly smarter and more serious than his pink friend. He is very playful and seems more innocent than Kirby (like when he was chased by a Uniclod and Kirby saved him, or when he was attacked by Lickeur and Kirby saved him again). Unlike most royal characters, he doesn't explain himself to be the leader of Patch Land. 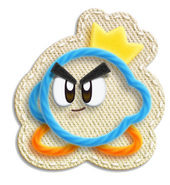 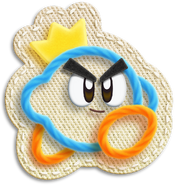 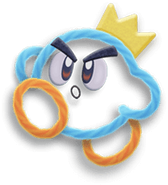 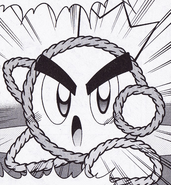 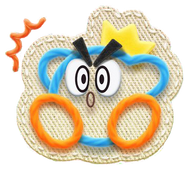 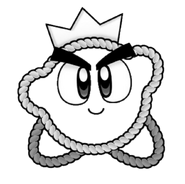