Kirby Wiki
Register
Don't have an account?
Sign In
Advertisement
in: Articles under construction, Articles with non-canonical information, Planets,
and 8 more
English

Planet Popstar[1] (sometimes referred to with the title World of Miracles[2]), or simply Popstar[3] (also spelled PopStar[4] or Pop Star[5]) is the home planet of Kirby and the main setting of the Kirby games and anime.

Planet Popstar is a distant planet shaped like a yellow five-pointed star, typically crossed by two white planetary rings, that is home to a majority of the main characters in the Kirby series. According to the Kirby's Adventure instruction manual, the planet is so far away from Earth that it would invisible to Earth's population.[6] Said to be located in Gamble Galaxy in Kirby: Squeak Squad, Popstar is considered by some to be a "backwater planet" in the lore of the Kirby series. This is most notably referenced in the reactions of invaders to Kirby's presence on Popstar (such as that of Susie in Kirby: Planet Robobot), as they often question why such a powerful being lives on this remote planet.

Despite its coloration from space, Popstar's atmosphere is remarkably Earth-like from the surface, with blue oceans and land masses similar to Earth's, as well as a wide range of climates supporting a bountiful array of life. It is possible that a gas in the planet's atmosphere reflects (or gives off) a yellow hue to make it appear the way it does from space.

Popstar's areas seem to be divided up into a series of small, star-shaped islands (shown most clearly in a story illustration in Kirby's Super Star Stacker), though this depiction varies from game to game. The most notable area on Popstar is Dream Land, a kingdom ruled by King Dedede that serves as the home of Kirby, though how much of the planet this territory takes up is unclear. The Mirror World entrance floats somewhere in the skies above Dream Land. Another country called Floralia is shown to be floating in Popstar's atmosphere in Kirby: Triple Deluxe, and is inhabited by the People of the Sky. Many other locations on and above Popstar are shown throughout the main series titles, but the specific geography of locations on the planet has remained vague, never appearing to remain completely consistent.

Popstar is known to have at least one moon which orbits around the planet, and it is possible that it orbits a sun. It also may or may not be orbited by a separate 'sun', as the plot of the Kirby Super Star sub-game Milky Way Wishes begins with the problem of the sun and the moon fighting with each other. A variety of planets are often shown to be neighboring Popstar in various titles (see below).

Dream Land on Popstar is thrown into chaos when the greedy King Dedede steals all the food from its inhabitants. Kirby eventually confronts him in his castle and defeats him, returning all the stolen food as well. Areas of Popstar featured in the game include:

The inhabitants of Popstar awake from restless sleep to discover that they cannot dream. Kirby goes to the Fountain of Dreams, the source of all of Popstar's dreams, to investigate. Upon arriving, Kirby is shocked to find the Star Rod, the source of power for the fountain, is shattered by King Dedede. Because of this, Kirby sets off on yet another quest to save Dream Land and retrieve the broken pieces of the Star Rod, which Dedede has scattered across the planet. Finally, after defeating all of his strongest soldiers for the rod pieces, Kirby defeated the king himself and returned the Star Rod to its rightful place. However in a surprising turn of events it is revealed that King Dedede was actually protecting Popstar from a creature called Nightmare, who was infesting the fountain in hopes of spreading malice and dread throughout everyone's dreams. With quick thinking and action, King Dedede gave Kirby the Star Rod and spat him out at the fleeing Nightmare, who Kirby engaged and fought upon the moon, ultimately destroying the evil dream demon and ending his plans for Popstar. Thus the planet regained its dreams and a peaceful well earned slumber for all.

Popstar gained the unfortunate attention of a malevolent entity known as Dark Matter, that possessed King Dedede and took control of the kingdom of Dream Land as well as possessing many of its inhabitants with the eventual intent of conquering the entire planet. However, Kirby took matters into his own hands and collected the Rainbow Islands' fabled Rainbow Drops, to create a mighty sword to combat the evil monster. Eventually the two meet in battle and Dark Matter is defeated despite its best efforts, returning peace to Planet Popstar once again.

Every game except for Milky Way Wishes and some portions of Revenge of Meta Knight and Meta Knightmare Ultra take place in Popstar. In Milky Way Wishes, the map of planets include Popstar, at the leftmost corner. Also, in Megaton Punch, if Kirby does a powerful punch that goes up to 201 mt., there will be a small animation which shows a fissure cracking Popstar in half.

Grape Gardens is mentioned, but not a playable area in this game.

In Kirby's Dream Land 3, Popstar came under fierce attack by Dark Matter by a planet-sized black mass colliding and spreading across the surface of the entire planet. Its dark influence reached many of the once-happy natives of the planet. With the planet's safety once again threatened, Kirby and his friends set out on a world spanning quest to save it. In the end, Kirby once again battled and defeated an again-possessed Dedede. Afterwards, Kirby used a magical rod formed from the collected happiness of many allies along the way to reach the inside of the diminished cloud and confront the resurrected Dark Matter and the true enemy, Zero. Kirby challenged them to a final climatic battle and managed to destroy the cloud, dispelling the dark threat yet again and returning Planet Popstar to happiness.

This area is the very first level of the game and has a resemblance to Green Greens. It is sunny and has a cheerful vibe to it. It has 2 areas and two mid-boss rooms. The hut that holds the first mini-boss room belongs to King Dedede, which he uses to store tools for playing in the river. [7]

This area is in the middle of a peaceful forest that appears to be in the middle of Autumn. The area is apparently near an abyss that has a mountainous landform on the other side. There are 4 areas and 2 mid-boss rooms (of which are right next to each other).

Kirby starts off in front of Castle Dedede. Most of the level is inside Dedede's castle, but in some parts Kirby explores the exterior of it. There are 8 areas and 1 mid-boss.

In this stage, Kirby fights Whispy Woods in the center of the arena and his 3 Whispy Woods Jrs. The arena goes in a 360° area. The fight features two phases: One where the Jrs. fight, the other where Whispy Woods fights.

King Dedede steals the stars from the sky and sets up bumpers and obstacles all across Popstar. Kirby traverses seven levels across Popstar. The eighth is technically off of the planet's surface, taking place on another nearby star.

Popstar comes under the attack of a mysterious art sorceress named Drawcia, who begins changing all of Popstar into her own personal paintings. Even Kirby is struck by her magic and is turned into a ball. However, using the magic he gained from her paintbrush, Kirby fights his way through the transformed landscapes of Dream Land and confronts Drawcia in her own world. Despite her best efforts to protect her "perfect world," Kirby ultimately defeats her and Popstar returns to normal.

Kirby is about to enjoy his cake when it is stolen! Kirby gives chase to the culprits, a band of thieves known as The Squeaks, all across the landscapes of Dream Land to get it back. When he finally manages to corner their leader Daroach with what he thinks is a treasure chest containing his cake, Daroach opens it only to be possessed by the creature trapped inside; a demon named Dark Nebula. Kirby pursues the possessed Daroach into space where the shadow monster schemes dark days for Popstar. Before he can do anything, however, he is confronted and beaten by Kirby in a duel, saving the day yet again.

Kirby is exploring the Popopo Islands on Popstar when Necrodeus and his Skull Gang come. They have the intention of drowning Popstar's light in darkness. After Necrodeus splits the hero into ten, all the Kirbys must travel around the four Popopo Islands. Once they beat the four bosses of those islands, a fifth island by the name of Necro Nebula emerges from space. Once Kirby goes there and defeats Necrodeus, the threat to the planet is eliminated. Kirby travels back home shortly afterward.

The sub-game Strato Patrol EOS features the Kirbys flying across Popstar and then into space, defeating enemies and bosses all the while.

Bonkers, Dubior, Gigant Edge, Kibble Blade, King Doo, Moundo, Water Galboros
When Magolor's spaceship, the Lor Starcutter, crashes on Planet Popstar, it loses several important pieces: the oars, the left and right wings, the emblem, the mast, and many Energy Spheres. Kirby, Meta Knight, Bandana Waddle Dee, and King Dedede venture across the five corners of the planet to collect them. The locations they visit are:

In this game, a kingdom known as Floralia exists above Popstar. A beanstalk called the Dreamstalk lifts Kirby's home and King Dedede's castle off of Popstar's surface, and soon after, the Dreamstalk's vines threaten to completely cover Popstar. Luckily, Kirby prevents this by defeating Queen Sectonia, who caused the Dreamstalk to grow out of control.

The first cutscene of Kirby and the Rainbow Curse takes place on Planet Popstar, while the rest of the game is set in Seventopia.

Planet Popstar is once again attacked by foreign invaders. In this game, the Haltmann Works Company attacks the planet, and successfully takes control of it, mechanizing it. The company's main base (the Access Ark) drills five different bases across the planet. Kirby later travels throughout the planet to destroy the legs of the base one at a time. After destroying all five legs, Star Dream, vowing to destroy all forms of life, rides into space with the Access Ark. After Star Dream's defeat, Popstar is restored back to normal. Areas in Popstar featured in game during its mechanization include:

In the anime, the characters specifically call Popstar a star, and it is shown to have what looks like other planets orbiting it - or multiple moons, or possibly its own sun and more than one moon.

Dream Land is also the main location of the series, and still ruled by King Dedede. However, it's on a peninsula and seems to be much smaller.

Popstar's Solar System is complex and has had its surrounding planets mapped out, but not any of the surrounding galaxies. These areas could be the same galaxy Popstar is in or separate galaxy altogether.

Planet Popstar's name appears to be a variation of the word "pop star," a famous performer of pop music. 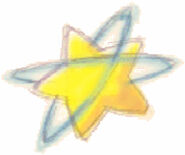 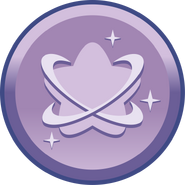