Pitch is one of Kirby's six Animal Friends and is a playable character in Kirby's Dream Land 3 and Kirby Star Allies. He has made several cameo appearances throughout the series.

Pitch is a small light green bird with dark green feathers at the end of his wings that resembles a baby Japanese white-eye, with two small dot-like eyes, a white belly and under-wings, and a yellow beak.

Pitch appears to be strained when he flies with Kirby. All of his abilities consist of Kirby using him as a projectile weapon.

Kirby's Stone + Cutter Power Combo lets him turn into statues of any of his past animal friends, including Pitch. In this statue form, Kirby can temporarily fly in the style of Pitch. When landing, the statue will roll around.

Pitch appears as part of Cleaning's moveset, where he helps Kirby splash water in an arc. This attack is nearly identical to the move Pitch performs in Kirby's Dream Land 3 with the Clean ability, although it can now be charged up for a more powerful attack.

Pitch appears as a spirit in Super Smash Bros. Ultimate.

Pitch's name could be derived from pitch, a type of throw used in baseball, perhaps to reference the fact that Pitch is mostly thrown away or throws something (like water in Clean) when using Copy Abilities with him in Kirby's Dream Land 3. His name may also derive from the Japanese term for the twitter of birds pīchiku. 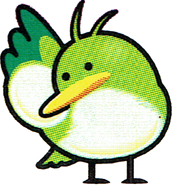 Pitch in the opening of Kirby's Dream Land 3 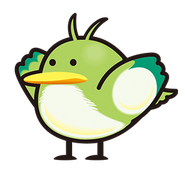 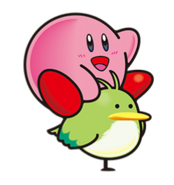 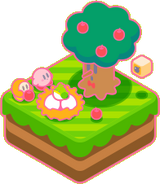 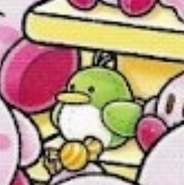 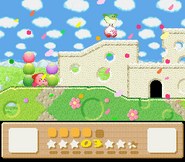