Metamortexes always have a rotating spiral outer yarn border of 2 different colors. These two colors, along with Kirby's red and pink, and Prince Fluff's blue and orange, make up the final appearance and color scheme of the super transformation. Power-up Metamortexes do not rotate, and have 2 circular outer borders.

For the Off-Roader, Spin Boarder and Tankbot forms, the character who touches the Metamortex assumes the main form and the player controlling him is granted full controls, and player 2, if present, is granted a support power. In Train form, however, players take turns drawing tracks. In Digger, Dolphin, Fire Engine, Rocket, Saucer, and Star Shooter forms, players have independent control as Kirby and Prince Fluff transform separately.

The 'Metamor' part of 'Metamortex' comes from metamorphosis, referring to its ability to transform Kirby and Prince Fluff into other shapes, while the '-ortex' part comes from vortex, in reference to its spiraling appearance. 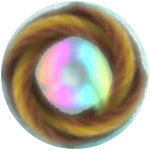 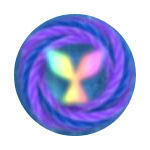 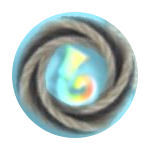 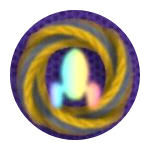 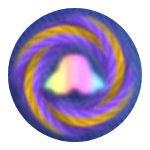 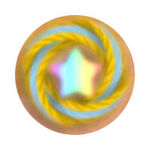 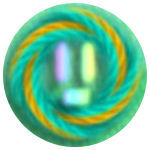 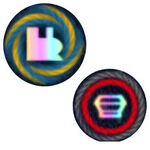