Allows Yarn Kirby to take on different forms
The Metamato, not to be confused with a Maxim Tomato, is an item appearing in Kirby's Epic Yarn and Kirby's Extra Epic Yarn.

The Metamato looks exactly like a Maxim Tomato, except that it is made of yarn. The item used to belong to Yin-Yarn until Kirby walked by and ate it. The angry sorceror turned Kirby into yarn and sent him to Patch Land.

In this new world, Kirby saw Prince Fluff being chased by a Uniclod. Kirby tried to inhale the monster, but the air went right through him. However, the Metamato Kirby ate had granted his new yarn body shape changing abilities and the pink hero suddenly transformed into a car and saved Prince Fluff.

The word "Metamato" is a portmanteau of the prefix meta-, referring to the new abilities it grants Kirby, and tomato, referring to its design.

Its Japanese name, メタモルトマト (Metamorutomato), is a portmanteau of metamortex, an item that transforms Yarn Kirby (and Prince Fluff); and tomato, referring to its design. 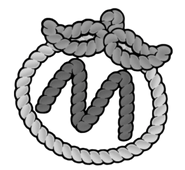 Kirby of the Stars: A Big Incident in the World of Wool!
日本語
Community content is available under CC-BY-SA unless otherwise noted.
Advertisement