Masher appears in the Kirby 3D Rumble sub-game, along with two other variants, Mini Masher and Mega Masher.[1] Each version of Masher appears as the boss at the end of each level. This time, though, its general behavior is almost exactly like Gigant Edge's, especially from its appearance in Kirby's Return to Dream Land. It tries to slam its morning star on Kirby; no longer having a flail, the Mashers will charge at Kirby while holding their morning stars out in front of it. 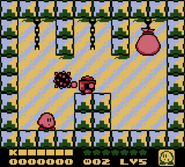 A dented Masher without his mace. 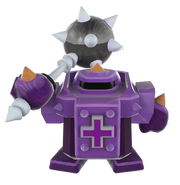 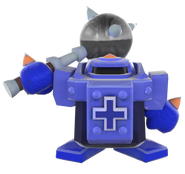 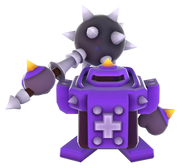 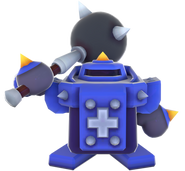 Retrieved from "https://kirby.fandom.com/wiki/Masher?oldid=326632"
Community content is available under CC-BY-SA unless otherwise noted.