Li'l Kracko resembles a much smaller and more compact version of Kracko. Its white cloudy body fades to blue on top and pink on the bottom, and it has just four blunt spikes. Li'l Kracko has a single eye, simpler in appearance than that of Kracko.

Co-Krackos are shot out from Kracko and act as his minions. Kirby can inhale them and spit them out at Kracko to damage him. They don't appear outside of this boss battle.

A Co-Kracko appears on the playing field in the Pinball mode, next to Kracko. When Kirby collides with it, he bounces off, and the player receives 30 points.

Co-Krackos don't appear in-person in Kirby's Dream Land 3, rather, they appear as paintings that Ado's version of Kracko will create.

Co-Krackos appear during the first boss battle against Kracko. Kracko will attack by sending Co-Krackos at Kirby, which can be defeated with a single air puff. These Co-Krackos fly straight down while rotating, and damage Kirby upon contact.

Yarn versions of Li'l Kracko appear at the end of Cloud Palace, a yarn version of Bubbly Clouds, as Kirby and Prince Fluff approach Kracko. Kirby and the prince must shoot them down with their Star Shooters. After the battle begins, Kracko begins freely summoning them (in three groups of three at a time) to attack Kirby.

They are said to be "Krackos-in-training."

Li'l Kracko's name comes from the fact that they are little versions of Kracko. 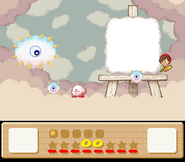 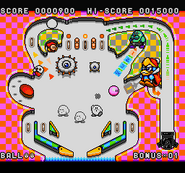 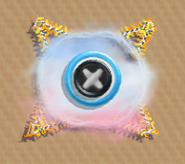