Kirby Wiki
Register
Don't have an account?
Sign In
Advertisement
in: Articles under construction, Games, 1990s games,
and 3 more
English

Kirby's Pinball Land is a pinball Kirby game developed by HAL Laboratory and published by Nintendo for the Game Boy. It was released in Japan on November 27, 1993, in North America on November 30, 1993 and in Europe on December 1, 1993. It is the first of Kirby's many spinoff games.

King Dedede falls on top of Kirby somewhere in Dream Land. He creates pinball bumpers and uses them to jump in the air; Kirby turns himself into a ball and gives chase.

Kirby's Pinball Land plays like a normal game of pinball, with two flippers used to help keep Kirby in play as he bounces off walls, bumpers and enemies, scoring points by doing so. Each pinball table has three floors; Kirby must make his way up to the third floor, where a Warp Star that delivers Kirby to where the boss resides. After destroying all three bosses, a Warp Star appears that leads to a fight with King Dedede. After defeating Dedede, Kirby is brought back to the level selection screen and can play through the levels again indefinitely.

If the ball falls through the bottom of the Pinball Land, Kirby will land on a springboard. If the player presses the A Button at just the right moment, Kirby will launch out of the hole without losing a life. The springboard shrinks over time, and it becomes much more difficult to save Kirby. If the player doesn't press the A Button at the right moment, Kirby loses one of his lives. When all lives are lost, the high score table is displayed, and the player has the option to add their high score to the table if it is in the top four high scores.

Each table has its own sub-game, which can be accessed from the second floor of each table. When time runs out, Kirby is sent to the third floor. 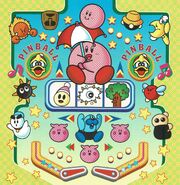 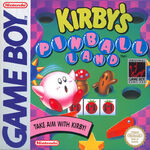 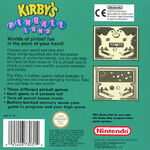 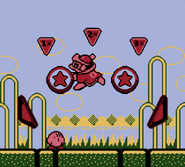 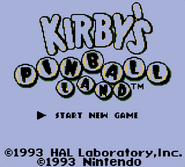 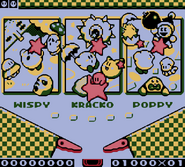 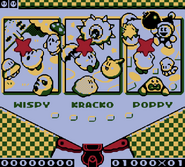 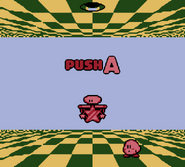 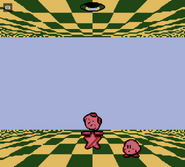 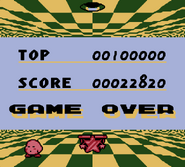 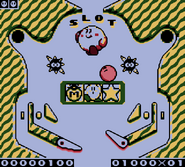 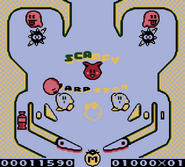 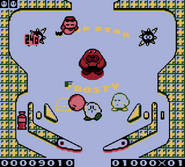