Kirby's Dream Land 3 is a platformer Kirby game developed by HAL Laboratory and published by Nintendo for the Super Nintendo Entertainment System. It was originally released in North America on November 27, 1997 and in Japan on March 27, 1998; it was not released in Europe until 2009, in the form of the Wii Virtual Console version. It is the fifth main installment of the Kirby series, the third installment of the Kirby's Dream Land saga. Notably, it was the last first-party video game released for the SNES in North America, making it a symbol for the end of the console's era.

The game was also re-released on the Wii Virtual Console on January 5, 2009, and on the Wii U Virtual Console in mid-2013. It was also included in the initial lineup of SNES games for the Nintendo Switch Online service; a special version with all of the modes unlocked was added June 9, 2022.

On a peaceful day on Planet Popstar, Kirby is enjoying fishing with his friend Gooey. Suddenly, a mysterious dark cloud begins to loom over the sky, breaking Popstar's rings in the process and reaching over the distant corners of the world. Coo quickly tells Kirby that Popstar is in trouble, and they soon set off to protect the world once again.

When Kirby confronts the possessed king and defeats him without having collected each stage's Heart Star, the player encounters the game's "bad ending"; an enemy roll-call is shown as Kirby and Gooey traverse back home. At the end of the roll-call, a mysterious silhouette of a figure is shown, labeled "?"

The game's "good ending" is obtained by collecting all Heart Stars. Once all bosses are defeated after collecting all Heart Stars in their respective levels, Hyper Zone becomes available. Upon entering Hyper Zone, the Heart Stars will combine above Kirby to form the Love-Love Stick, and Kirby will rise to face Dark Matter and then Zero. After the defeat of Zero, Hyper Zone collapses and then explodes. Kirby then floats in the sky before the ending credits; if Gooey is present when Zero is defeated, he will also be present in his Mock Matter form

Kirby's Dream Land 3 is a traditional platformer Kirby game; the player controls Kirby, whose objective is to get to the end of each stage. Kirby is able to walk, swim, and fly throughout a variety of levels, using several of his Animal Friends and Copy Abilities to avoid and defeat obstacles and enemies that lie in his path. Kirby's moveset includes the inhale, Star Spit, Air Gun and floating.

Kirby must travel across five different worlds, each with six stages and a boss. Unlike other Kirby games, however, each stage has someone that requires Kirby's assistance. If Kirby completes his required task and completes the stage, he will receive a Heart Star. If all Heart Stars are collected by the end of the game, the player will be able to fight the final boss.

The most evident departure from other Kirby games is the graphic presentation. Kirby's Dream Land 3 has pastel-like aesthetics with crayon drawings as backgrounds. The game uses a rendering procedure for the SNES termed "pseudo high-resolution",[6] which is the use of dithering to blend adjacent colors of pixels together for a toned effect. It also uses the SA-1 chip which allows for greater performance of multiple special effects at a time and bitmap storage.[7]

Kirby's Animal Friends Rick the Hamster, Coo the Owl, and Kine the Sunfish return from Kirby's Dream Land 2, with new members ChuChu the Octopus, Pitch the Bird, and Nago the Cat. While Gooey only serves to heal Kirby when found in a sack in the previous game, Kirby can now call on Gooey's assistance at any time, and he behaves much like helpers do in Kirby Super Star. The main drawback is that it costs Kirby one square out of five of his maximum vitality whenever Gooey is out.

Kirby's Dream Land 3 introduces Heart Star sub-games, which are a departure from the tradition of existing as separate activities accessed from the game menu or from the overworld. In every level of the world, Kirby will be challenged to accomplish an objective by a friendly character bearing a Heart Star, which Kirby will be rewarded with if the goal is successfully completed. There are no limits to how many times Kirby can retry a level to acquire the Heart Star, but once he does, all the character gives him is a 1UP instead if he completes the Heart Star objective again. These sub-games can be accessed from the file select screen in a mode called Super NES MG5, and after finishing all five of them, the player is taken to a total score screen. Playing this sub-game is necessary for 100% completion.

Boss Endurance in Kirby's Dream Land 3 is referred to not-so-subtly as Boss Butch. Kirby fights all of the bosses in the game in a set order, with no extra lives and without any healing items. Kirby cannot call on the assistance of Gooey in the fight, so it is a one-on-one fight. Playing this sub-game is necessary for 100% completion.

The goal game starts after finishing any regular level. Kirby (and Gooey if there are two players) are put in a small room where there are items including 1UPs and various Food under one layer of floor tiles. Jumping on top of the tile rewards Kirby with whatever item is underneath. After achieving a 99% completion rate, a variation of this game can be accessed from the main menu, in which it is referred to as "jumping". In this iteration, the player can choose to play as any of the animal friends as well as Kirby alone; the character must land on the tiles marked with smiley faces and avoid the ones with Ticks under them. Unlike the regular game, the track Gourmet Race plays during the minigame. Playing this sub-game is necessary for 100% completion.

There are 9 Copy Abilities in Kirby's Dream Land 3, of which Cleaning and the Love-Love Stick are new.

Kirby's Dream Land 3 received mixed reviews, holding a score of 66.25% on Game Rankings based on 4 reviews.[8]

Released late in the SNES's lifespan, Kirby's Dream Land 3 excluded many of the new mechanics introduced in Kirby Super Star, resulting in mixed reviews at the time. Sales were also somewhat limited due to the Nintendo 64's launch a year prior to the game's release. However, the game has gained a cult following in recent years, revolving around its level design, hand drawn aesthetic, soundtrack, and final battle (which has been considered unusually graphic for Kirby standards, if not by Nintendo standards as a whole).

Several of the characters 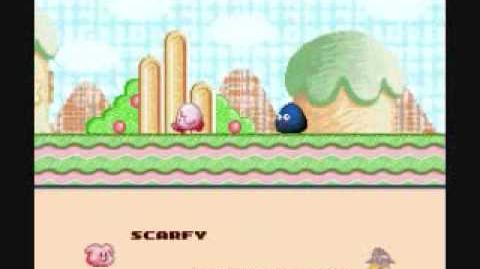 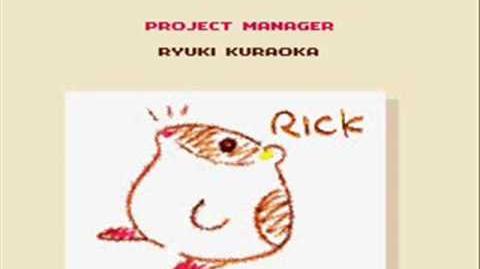 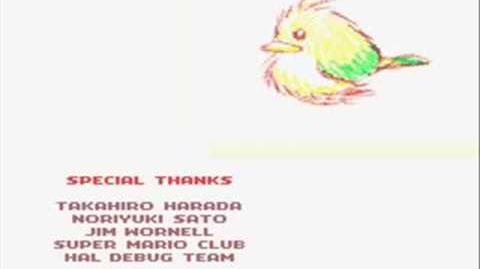