Golden bodysuit with a cobra-shaped crown and a cobra staff.

Iron is one of Kirby's Copy Abilities. It is unique to the anime, and has so far not appeared in any game, although there exists a similar ability in Kirby: Squeak Squad named Metal.

Along with Baton, Water, and Top, Iron appeared in Air-Ride-in-Style - Part II of the anime, and was created by fans. There was a contest in Japan for fans to submit their own Copy Ability ideas, and this was one of the winning entries. Iron Kirby has two forms. His first has him wearing a golden bodysuit with a cobra-shaped crown and a cobra staff, giving him a rather Egyptian style. He can use the staff to deflect attacks. His main attack is transforming into his second form: a giant golden Kirby statue which rolls to crush enemies. 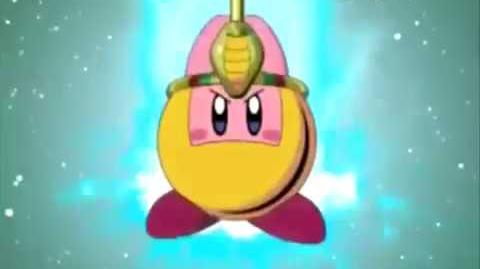 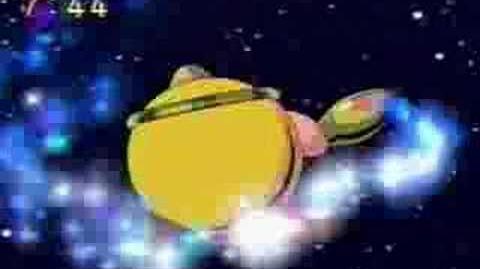 Iron Kirby - Transformation
Add a photo to this gallery

The sequence starts with Kirby glowing with energy, then he is covered in some iron and wields a staff, which he swings.

Kirby in his alternative Iron form.
Add a photo to this gallery
Retrieved from "https://kirby.fandom.com/wiki/Iron?oldid=331623"
Community content is available under CC-BY-SA unless otherwise noted.