Kirby Wiki
Register
Don't have an account?
Sign In
Advertisement
in: Enemies, Characters, Articles with non-canonical information,
and 4 more
English

Holo Defense API (Holo Defence API in the British English version) is a boss in Kirby: Planet Robobot. It is the boss of Resolution Road, but three of its four components also appear to fight Kirby in his Robobot Armor at various points throughout Stage 5 of Access Ark.

Holo Defense API is made up of four octahedrons surrounded by eight large and four small floating gray tablets, which spin around it. All four octahedrons have a bi-colored appearance; one is white and yellow, one is red and purple, one is teal and cyan, and the last is orange and amber; these colors represent the boss each octahedron projects.

In The True Arena and Meta Knightmare Returns, an upgraded version called Holo Defense API 2.0 appears. This version has black tablets with blue etchings and cross-shaped crystals, along with a few color changes; the first crystal's white faces are now purple and yellow faces are now gray, and the last crystal's amber faces are now silver.

Holo Defense API mainly fights by summoning green, holographic versions of bosses from previous games in the Kirby series. Each boss is associated with one crystal—when it is destroyed, the corresponding crystal explodes, leaving only a wireframe of itself. All of the holographic bosses are weaker than their normal counterparts, although they compensate by attacking Kirby one after another.

Summoned by the white and yellow crystal. Holo-Kracko's attacks and appearance are similar to Kracko's boss battle in Kirby: Triple Deluxe. It shakes itself and drops a Waddle Doo into the arena, turns gray and unleashes a swirl of blue beams that spiral around itself for a short time, followed by swooping down to the opposite side. Other attacks include showering Kirby with rain, moving along the top of the screen while shooting electricity, and moving along the bottom of the screen.

Summoned by the purple and red crystal. Holo-Doomers look like the Sphere Doomers in Kirby's Return to Dream Land, specifically the Regular Doomer and Fire Doomer. They are fought in a similar manner to the dual Doomer fight from The Arena of said game, and attack by shooting fireballs or swooping at Kirby. They can use a dive to sweep across the stage, and they can fire orbs which travel in a straight line. The red ones can be swallowed for the Fire ability.

When Holo-Ice Dragon falls, the Holo Defense API alters the background to reveal five large pillars. Next, the orange and amber crystal summons Holo-Coily Rattler, who acts similarly to his Kirby: Triple Deluxe counterpart. Unlike the other Holo-Bosses, he takes no damage unless an attack strikes his head, which appears blue. It fires three burning rocks from its mouth aimed at Kirby. These can be swallowed for the Spark ability. It can also do this move from the background. Then, it snakes its way across the stage, covering much of the ground with electric sparks. After that, it curls up into a ball and rolls across the stage. On the underside, it then turns around and rolls back onto the stage.

Once the four Holo-Bosses are defeated, the Holo Defense API attacks directly. Emitting constant sparks, it flies haphazardly about the stage, jumping between foreground and background in an unpredictable fashion. Whenever it passes the battlefield, it leaves a star which can be used against it; a single blow from any of Kirby's attacks will finish it off, similarly to the fights against Adeleine. After several passes, the Holo Defense API will pause on the battlefield, releasing a star from either side; this is the best opportunity to land the final blow.

Once the Holo Defense API is defeated, it flies uncontrollably about the area, crashing into pillars, then explodes in a flashy manner. Kirby then does his victory dance and progresses onward to the next level.

Holo Defense API appears in its 2.0 form in Meta Knightmare Returns. The battles remain the same, but with increased attack power and speed. The "Holo" bosses appear in a purple tinge instead of green, and the bosses themselves have appearances based on their upgraded forms from previous games, with the exception of Ice Dragon, which had never previously had an upgraded form, so its appearance in this form is entirely new. Holo-Coily Rattler's head appears red. The crystals themselves are now stellated, rather than being simple octahedrons as before. 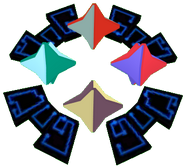 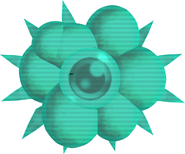 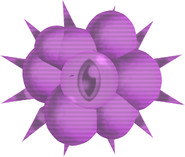 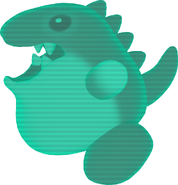 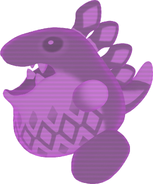