A red and black marching band shako with a pink star and wings on the top, along with large, multicolored feathers in the back, each feather with a white spot and a yellow star at the end of it.

All enemies on screen become Point Stars, and sometimes food

Festival is a Copy Ability in the Kirby series, debuting in Kirby Star Allies.

Festival focuses on dancing around and transforming all onscreen enemies into Point Stars; this also does damage to mid-bosses and bosses. Festival is more powerful if used when Kirby has Friends around. Unlike most Copy Abilities, this can only be used once, and does not have a Helper. Festival is obtained from the Donpuffle enemy and the Yggy Woods boss's golden cherry. 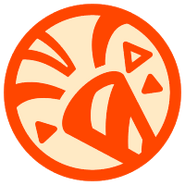