Regular enemy
Elieel is an enemy that appears in Kirby's Dream Land 2. They hide in pipes, and when inhaled, give no ability. In Kirby's Dream Land 3, one appears in the third stage of Ripple Field. Elieel wants Kirby to guess which jar it is located in, and if Kirby gets it right three times, he will be rewarded with a Heart Star at the end of the level. 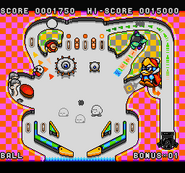 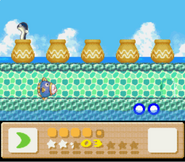 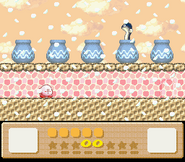