Parachute Bombs
Dreamy Darkness is the eleventh stage of Kirby: Canvas Curse. It is Neo Greo's second stage, coming after Machine Mansion and before Palleto Polis.

Dreamy Darkness is a forest that was fabricated when Drawcia turned Dream Land into a world of paint. As the name indicates, this place takes place in the dark. The paintbrush constantly has to light lamps to keep the stage bright.

The first part of this stage is a maze-like area, with spikes on all the walls. Kirby can only see the enemies, the stars, the medals, and the checkpoint when it is dark. The second part is a tower. If Kirby has the Needle ability, he can break the Ability Blocks and grab a medal. The third part has Kirby carefully maneuvering around some spikes and Gordos while fans try to blow Kirby away. The fourth part goes back to being pitch black. This time, there are electric blocks instead of spikes, which is quickly revealed to the player; a Waddle Dee unsuspectingly walks right into one. The fifth part has bubble blocks blocking some Gordos and once again, Kirby has to swerve his way to the bottom.

There is a Room Guarder in this level; it is relatively easy, as all it is just Growth Grasses's Room Guarder but without the Spark ability. As such, it has parachuting bombs.

It is comparable to Ghost Grounds. Dreamy Darkness has the most rooms of any stage in Kirby: Canvas Curse.

When played with the Old School music option on, Dreamy Darkness's theme changes to the forest theme from Kirby: Nightmare in Dream Land/Cabbage Cavern's theme from Kirby & The Amazing Mirror. 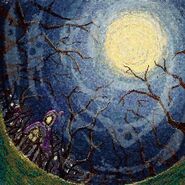