Dark Rimuru, Dark Rimura, and Dark Rimuro[1] are a trio of Dark Matter beings who made their first appearance in Kirby 64: The Crystal Shards.

Since then, they have not had any appearances outside of a cameo in Kirby Star Allies.

The trio appears as part of a larger Dark Matter collective, which attacks and envelops the planet Ripple Star. When the fairy Ribbon flees with the planet's Crystal, the three of them split from the larger mass and chase after her. The trio's efforts to stop her cause the Crystal to be shattered into pieces, which are then scattered across various planets. They then split up to look for said pieces.

Dark Rimuru comes across a Waddle Dee, who had just picked up a Crystal shard, and ends up possessing him, turning him into a Waddle Doo. In this state, it fights Kirby, but is ultimately defeated.

Dark Rimura possesses Adeleine, who had also picked up a shard. The battle with Kirby that ensues plays out very similar to Ado’s battle in Kirby's Dream Land 3, where she draws various enemies. Dark Rimura is defeated by Kirby as well.

Dark Rimuro follows after yet another shard, and takes control of King Dedede, ending up fighting Kirby in a manner similar to prior battles with him in a possessed state. It is defeated like the other two.

It is unknown if the three of them were merely dispelled or outright destroyed following their defeat.

The trio makes a brief cameo appearance alongside 0² in the Celebration Picture "Chasing Our Dreams." They are in the bottom right corner. 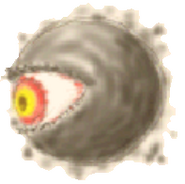 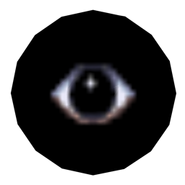 Kirby 64: The Crystal Shards (unused)
Add a photo to this gallery

Retrieved from "https://kirby.fandom.com/wiki/Dark_Rimuru,_Dark_Rimura,_and_Dark_Rimuro?oldid=334805"
Community content is available under CC-BY-SA unless otherwise noted.