Coo is a character in the Kirby series, debuting as one of Kirby’s Animal Friends in Kirby's Dream Land 2. He is a purple owl that is best suited for air.

Coo is an owl with purple feathers (gray in Kirby's Dream Land 3) that cover most of his body. He has a yellow beak and a white belly with purple feathers that form three stripes on it. He has two wings with black tips and white undersides, as well as purple tail feathers. His eyes are surrounded by black feathers that form three triangular markings that somewhat resemble eyelashes, and he has yellow talons. His feathers form several spikes on his head, though the exact number varies between games.

Since he is larger in size, Coo carries Kirby around in his talons. Coo's abilities are very air-oriented. For example, for Burning and Stone Coo will use Kirby to descend quickly and attack enemies, and for Needle and Spark, Coo will stop midair as Kirby releases the respective projectile downward.

Coo's flying ability provides an advantage in many situations; he is strong enough to fly even in very strong wind, just like Kine is strong enough to swim against fast water currents. For some unknown reason Coo has no friends (or in Pitch's case a mother) like all other Animal Friends have.

Kirby's Stone + Cutter Power Combo lets him turn into statues of any of his past animal friends, including Coo. The weight of Coo's statue works against Kirby in this form as he falls quickly and cannot fly as well as with Stone Pitch. It also doesn't roll when landing.

A statue form of Coo can appear when Kirby uses the Stone ability.

Coo makes a cameo appearance alongside Rick and Kine in Kirby Quest when Kirby is defeated.

A statue form of the three original animal friends together (Rick, Kine, and Coo) can appear when Kirby uses the Stone ability.

Coo appears in the Kirby Fighters sub-game as well as in the downloadable Kirby Fighters Deluxe and Kirby Fighters 2. In the stage Coo's Forest, he occasionally flies through doors and attacks the Kirbys with three feathers in a strikingly similar fashion to he and Kirby's Cutter ability. He then proceeds to reenter the door he came from.

Coo will become a resident of the city once the Pyribbit has been defeated. He will occasionally appear flying across the screen.

Coo appears as an audience member in the Slam Hockey mode in the Obstacle Arena. He can be seen to the left.

Coo appears in Kirby Star Allies as a Dream Friend in the game's first update. He works alongside Rick and Kine as a three-in-one Dream Friend, with each character using different elements. In Coo's case, he uses the Bluster element.

Coo appears as a resident of the Port Village after Ignite Edge has been defeated in The Dunes. He will occasionally appear flying across the village. He, alongside Rick and Kine, also appears as a sticker, which can be purchased from the Shoppe for 20 Gem Apples.

Coo appears in Kirby: Right Back at Ya!, as a wise owl that helps Kirby out in a few situations, mostly involving other animals of Dream Land. Other than that he doesn't appear in the series very often.

When mentioned by other characters, Coo is often held in high regard for his wisdom and judgment, like a wise old sage. Owls often seem to symbolize knowledge. He also seems to be a teacher or mentor for Tokkori.

Coo appears as an Advanced-class support spirit in Super Smash Bros. Ultimate. When applied to a fighter, the fighter’s defense will increase when in the air.

Coo's name is derived from the onyomi pronunciation for the Japanese word for sky, 空 (Kū), which references Coo's skill. It may also be based on the onomatopoeia "coo," used to represent the noise a bird (particularly a dove) makes. 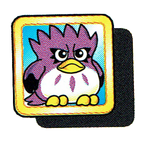 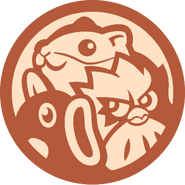 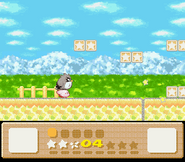 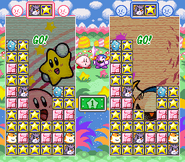 Each of Coo's color palettes. 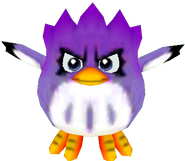