Como is a spider-like enemy in the Kirby series, first appearing in Kirby's Dream Land 3. It typically gives no Copy Ability, but in Kirby Star Allies, it gives the Spider ability.

Como very much resembles a spider in general appearance.

In old design, their brown body is divided into three segments. On the front segment it has three round eyes and a pair of pincers. On its furthest segment is a pair of spinnerets, though it had a single spinneret originally. Two legs protrude from each body segment, one on each side.

His modern design looks generally the same, but instead of having three segments, he has only two segments: head segment and body segment. His color became more yellowish-brown and his body segment has brown stripe. Six legs protrude from his body segment.

As a helper in Kirby Star Allies, he looks similarly to his modern design, but he has two feet at the bottom of his body and he has more bipedal stance. His arms are now disconnected from body and are located closer to the head segment. His eyes now feature eyelids and have brown irises. Just like all helpers in this game, he gets a Spider ability hat and takes yellow, blue or green coloration depending on what player spot he takes.

Como makes its first appearance in Kirby's Dream Land 3. These enemies hang onto the ceiling with web strands. When Kirby approaches, they come down from the ceiling and spit silk webs at him, then retreat back up. If Kirby jumps and hits Como from underneath, it will fall off its web strand and explode on impact with the ground. The player can achieve the same effect by attacking the enemy's web directly. They grant Kirby no Copy Ability when inhaled in this game and most of the games following it.

Como reappears in Kirby: Canvas Curse. In this title, Como retains many of its forms of attack from its previous appearance. However, in this and all subsequent releases, Como is unable to spit webbing.

It is also possible to cut Como's web strand from this game forward, causing it to comically fall to the ground defeated.

In Kirby's Dream Collection Special Edition, it appears in the Wing Challenge and in the Smash Combat Chamber EX (as one of Whispy Woods' attacks).

Como returns again, retaining its behaviors and appearance from the previous title. However, in this game, some Comos swing on their web strands in a circular motion.

In Kirby: Planet Robobot, Como is extremely rare, only appearing in Stage 7 of Gigabyte Grounds.

Como returns in Kirby Star Allies. As an enemy, it retains its original design, and provides a Copy Ability for the first time in this game, the Spider ability. It is also the Friend for the ability, where it features a slight bipedal redesign; Como gains a pair of feet leading to it standing upright, while it's 6 legs are used as arms.

In Flower Power, Tuff and Fololo got into a short argument about who should carry Kirby, who was asleep from inhaling a Noddy earlier in the episode. Their argument made Kirby roll out of Tuff's backpack and they went to find him where Tuff found him on a large spider web. Then Como came out of hiding and began wrapping Kirby in web to eat him. Tuff attempted to throw a stick at it but missed, a rock thrown by Meta Knight scored a direct hit on Como's right cheek, which made it retreat. Como's anime appearance retains its three eyes, but has eight legs like an actual spider. It is also much larger than in the games, where it is about Kirby's size. 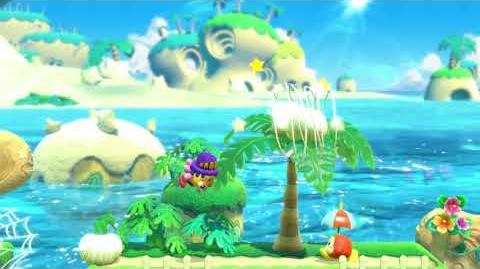 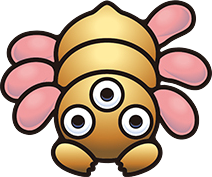 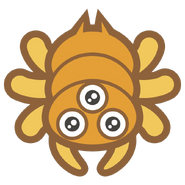 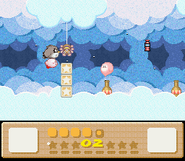 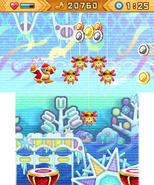 Kirby: Canvas Curse
Add a photo to this gallery
Retrieved from "https://kirby.fandom.com/wiki/Como?oldid=305682"
Community content is available under CC-BY-SA unless otherwise noted.