Cappy is an enemy in the Kirby series. It is a bouncing mushroom-like foe that yields no Copy Ability when inhaled. If Kirby uses his inhale on it, the mushroom cap is inhaled, revealing Cappy's true form. Kirby can then spit the mushroom cap back at Cappy, KO'ing him. If Kirby has a Copy Ability, he can just attack him with that defeating him in one hit.

A small Cappy appears in the Target Shooting Area of Stage 1. After the ball hits him four times, the player moves on to the room with the Cappy boss. This boss stays in the middle of the screen, occasionally hopping to the left or right side to hit a side paddle (which shrinks it). Once Kirby has done six damage him, his cap explodes and four small Cappys surround him. They slowly move about the screen, rotating and revolving around the boss. Two hits dispatch each small Cappy, and six hits dispatch the boss.

Cappys appears in Kirby Star Allies as an enemy.

Cappys are shown to be cowardly and mistrusting of new ideas, especially ones involving monsters or Kirby. Their cowardice makes them easy victims for monsters and King Dedede, as they never seem to want to do anything about problems until Tiff tells them to, or monsters start attacking; Meta Knight even states in Cappy Town Down that Cappys are peaceful and fighting isn't in their nature.

Although Cappy Town is home to many Cappys, only a few are named and given personalities.

Although Cappys have defining features such as solid black eyes, stubbed arms, and flat undersides, other characters such as Fang and Sir Ebrum share some of these traits, and given their unknown species may be related or somewhat similar.

Cappy Town is not home to the only Cappys, as in Curio's Curious Discovery, King Dedede makes a comment about Cappys "show[ing] up" in Dream Land[1] (suggesting that they are from another country), and in the comics in One Crazy Knight a Cappy character is clearly depicted, despite the fact that the comics are foreign to the town and possibly even the planet. 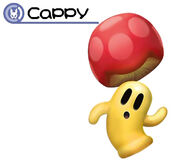 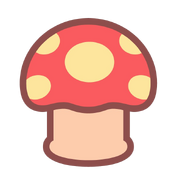 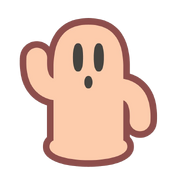 Retrieved from "https://kirby.fandom.com/wiki/Cappy?oldid=287561"
Community content is available under CC-BY-SA unless otherwise noted.