Bobo is an enemy in the Kirby series resembling a walking fireball with black eyes and blue shoes. It gives the Burning ability when inhaled.

Bobo appears for the first time in Kirby's Dream Land 3. It is one of the most common enemies for the Burning ability. It is largely harmless, only walking back and forth. Bobo also has a slim and a stout version, but these do not behave differently from the normal version. There is a mid-boss version of Bobo named Boboo.

Bobos reappear in Kirby 64: The Crystal Shards acting the same as before; however, the slim and stout versions do not reappear. When held above Kirby's head, they flail around and do nothing. 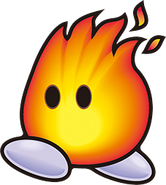 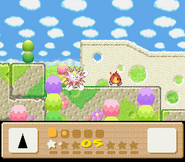 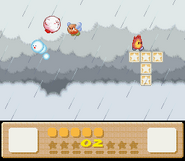 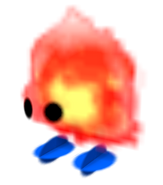